Toyota Patents Tech For Seeing What Autonomous Cars Are Thinking 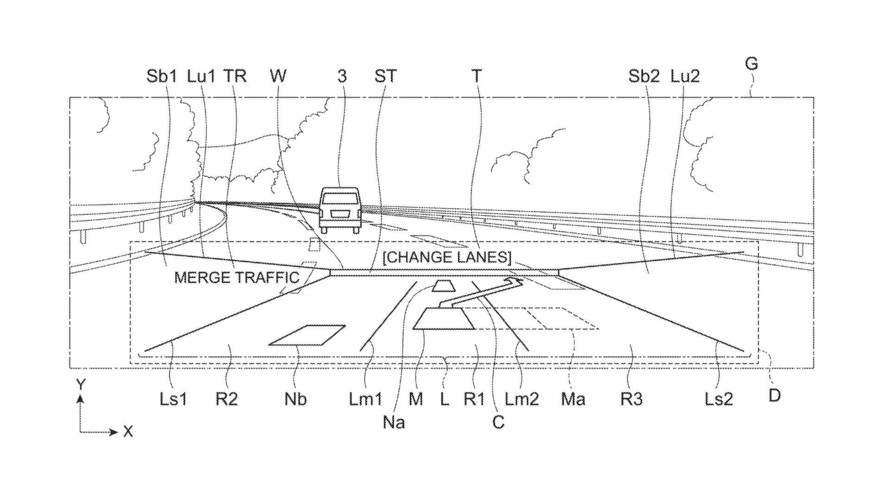 If Toyota implements this patent, you don't have to worry about your car's autonomous system conspiring against you.

Some folks are nervous about handing complete control over to an autonomous vehicle on the road, but a new patent from Toyota aims to assuage the fears of anyone nervous about handing over the reins to a machine. The company’s tech would use an augmented reality head-up display to tell occupants everything the self-driving system is doing.

Text on the HUD would display messages like Change Lanes, Right Turn, Acceleration, Steady Running, and Autonomous Driving End. Each of these would be accompanied. Graphics would further illustrate these actions. For example, an arrow would point where the vehicle would change lanes.

In addition to displaying data from the autonomous system, the display could show data from the navigation or saved data about the road. This would let someone see info like the speed limit or other helpful details.

Toyota even imagines this tech being helpful when the human is controlling the driving. It would show the person what the autonomous system is sensing, and the display could even tell the driver about the safety of activating the self-driving mode at any moment.

The company’s patent focuses on showing this tech in a HUD, but Toyota is clear that there are other display possibilities. For example, the infotainment system or a screen in the instrument panel could show this info, too. A HUD might be the safest option, though, because a driver wouldn’t need to look away from the road to see the autonomous system’s status. The optional 24-inch color HUD on the new Lexus LS would be perfect for a display like this.