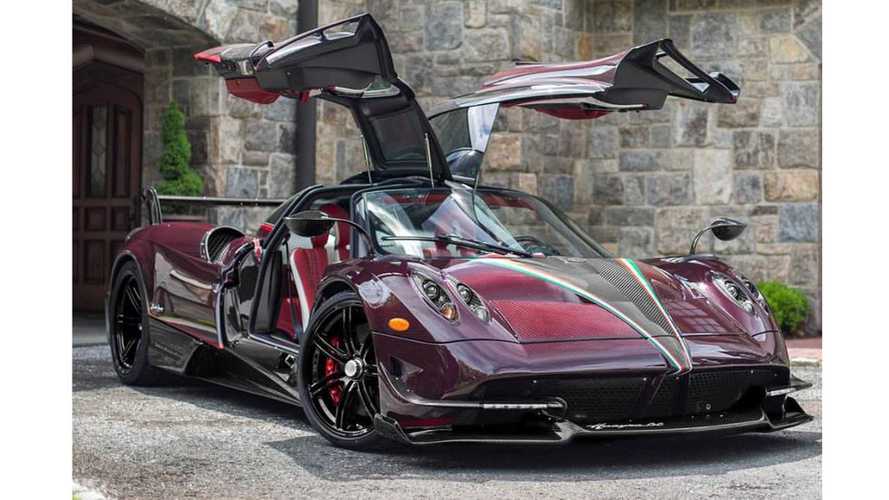 As if the standard Huayra wasn't special enough.

When you already own a Pagani Huayra, you need to make the second one really special to keep things interesting. A person going by Sparky18888 did this by ordering a Pagani Huayra BC in red-tinted carbon fiber for much of the body. A friend added a unique upgrade, too.

The carbon fiber has a burgundy tone, and because of the material’s black weave, the color shifts somewhat depending on your viewing angle of the car. Green, white, and red stripes – the colors of the Italian flag – outline a section of untinted carbon on the hood. Red accents also run from the beltline to the tail.

An especially showy touch appears when the rear flaps come up. According to the DuPont Registry, Sparky18888’s friend gave him a birthday surprise by paying to have 24-karat gold crowns on the parts. They make quite a bolf statement on an already ostentatious vehicle.

Inside, this Pagani Huayra BC features burgundy leather that matches the exterior, and there are also white accents. Carbon fiber trim adorns practically every surface in there, too. 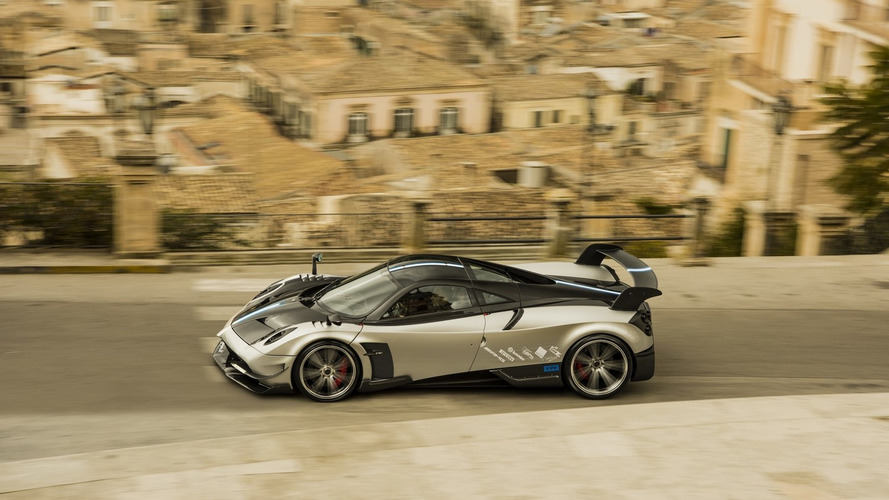