Seinfeld's Lotus Exige Sells For Much Higher Than Expected

The high price likely comes from a combination of this Exige's rarity and Seinfeld's former ownership.

The 2009 Lotus Exige Sport 260 originally owned by Jerry Seinfeld recently crossed the auction and beat estimates to sell for $80,000. Once the new owner paid Dan Kruse Classics’ 13-percent buyer’s premium, the total price for the rare Lotus rose to $90,400. 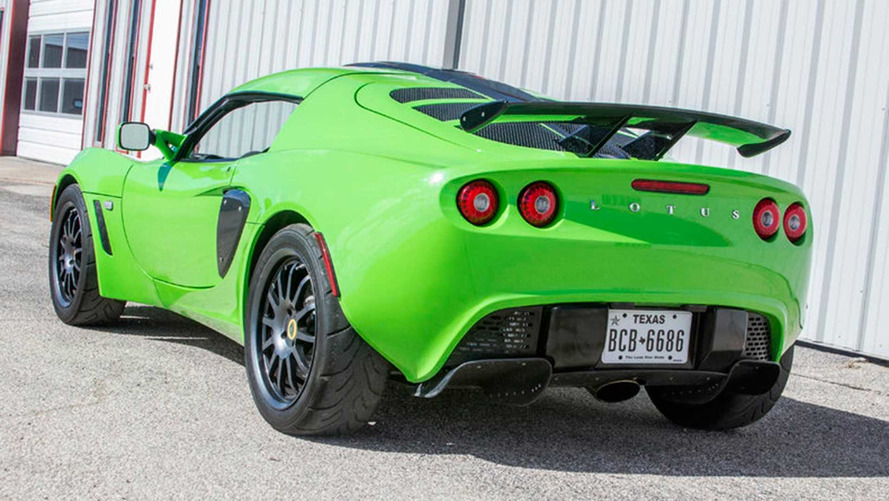 When speaking to Motor1 before the sale, a spokesperson for the auction house said that the company expected the car to sell for $65,000 to $75,000. However, the firm knew that Seinfeld’s cachet at the original owner could push the price even higher.

The bidding reaches $75,000 quickly but stalls there for a while. The price slowly rises to $80,000. Even after the reserve comes off, the auctioneer couldn't goad the crowd into adding any more bids.

Seinfeld is well known for his auto enthusiasm, particularly for Porsches, and his former Lotus is among the rarest examples around. The S 260 was the ultimate Exige available in 2009 and was essentially a road-legal version of the firm’s track car. A supercharged 1.8-liter four-cylinder produced 256 horsepower (181 kilowatts) and 174 lb-ft (236 Nm). Lotus cut the Exige’s already low weight, including installing some carbon fiber pieces on the outside.

Lotus only sold 25 units of the S 260 in the United States in 2009. To make the car even more special, Seinfeld got his example in a paint-to-order color called Kawasaki Green.

With just over 4,000 miles on the odometer, Seinfeld’s former Exige hasn’t seen much time on the road or on the track. We hope the new owner adds a few more thousand miles to the lean, mean, and green coupe because the car has massive performance potential