This BMW M8 Render Is Probably Close To The Real Deal 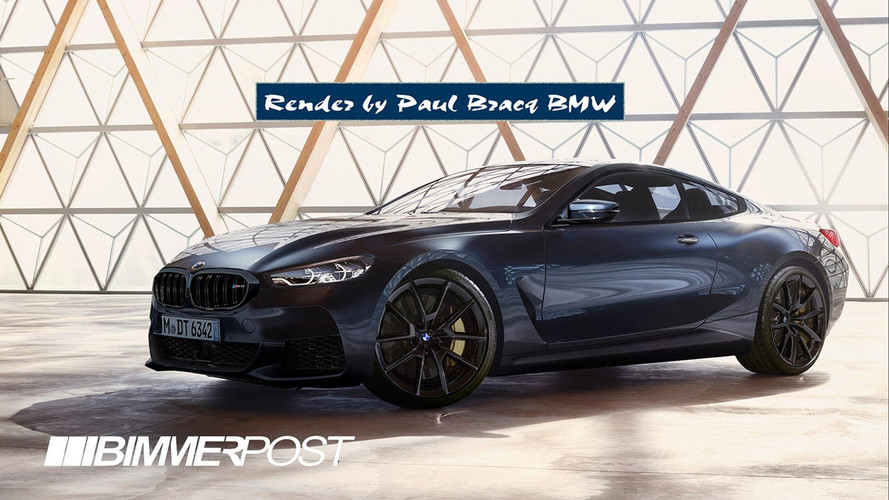 The 8 Series is coming back and its bringing along the first-ever M8. Here's what to expect, design-wise.

In the early 1990s, the first-generation BMW 8 Series (E31) almost received an M8 version with a naturally aspirated 6.1-liter V12 engine (codenamed S70), which went on to be adapted for the legendary McLaren F1. It was hooked up to a six-speed manual gearbox responsible for sending a mighty 550 horsepower (410 kilowatts) to the rear wheels. A prototype was built, but BMW ultimately pulled the plug out of concerns there wouldn’t have been a market big enough for it. Interestingly, the car was original conceived as a Ferrari competitor.

Now, the M8 is coming back and this time around it will actually be a production car. Only a couple of days after revealing the stunning 8 Series concept, BMW announced a full-on M8 is on its way. It did more than just that as a working prototype covered in camouflage made a splash last weekend at the Nürburgring.

A member of the Bimmer Post forums has decided to take an official image of the concept and put his Photoshop skills to good use to share his vision of the M8’s design while also taking into account the prototype. As you can see, the showcar’s glitzy kidney grille is gone to make room for a more plausible setup finished in black and adorned by the M8 logo. The sleek headlights have been replaced with conventional clusters in the same vein as those installed on recent BMW production cars.

Both front and side intakes have received a more realistic appearance, along with conventional door handles and bigger mirrors. The alloy wheels have been carried over from the concept, but with an M4 CS-inspired black look also noticeable around the windows to replace the original metallic trim.

Design aside, BMW has announced the M8 is being developed concomitantly with the regular 8 Series and there will also be an M8 GTE race car. The latter will debut in January 2018 at the Daytona 24 Hours and will be followed the same year by the road-going 8 Series. As for the M8, it will likely arrive in 2019.