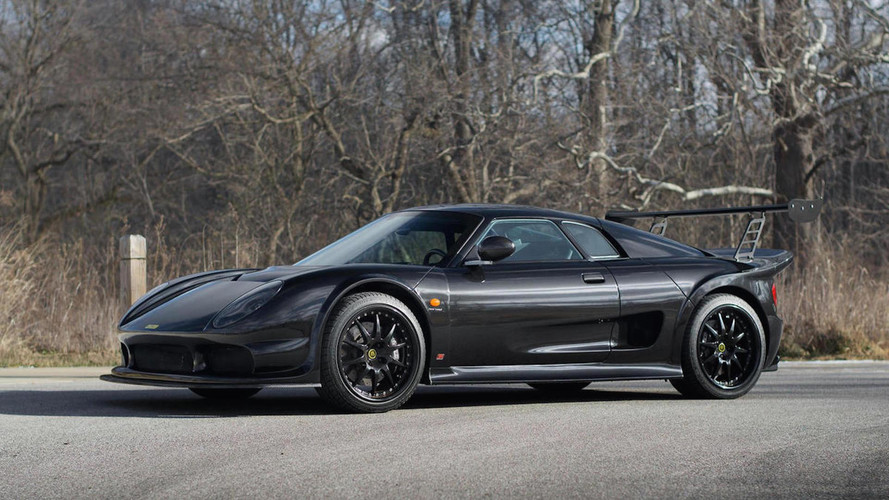 Noble made its presence known when it debuted the raucous M400 sports car in 2004, and the more powerful M600 supercar in 2010. But well before the latter was gracing our TV screen’s via BBC’s Top Gear, there was another vehicle in the lineup that shan’t be forgotten: the M12.

Just a few years later, the company introduced a more powerful version of the M12, the GTO-3R. It came from the factory with a 352-hp (262-kW) engine and tipped the scales at 2,380 pounds (1,080 kilograms). A limited number were produced – and one particularly menacing example has recently popped up for sale on eBay

With an asking price of $61,800, it’s not exactly the definition of cheap. But one would argue it’s well worth the cost. The same biturbo V6 is found under the hood producing the aforementioned 352 hp, allowing it to sprint to 60 miles per hour (96 kilometers per hour) in just 3.5 seconds.

The exterior is absolutely sinister. A jet black paint job coats almost every inch, from the aerodynamic front splitter to the massive rear wing. The wheels are also finished in black, as is the interior. Though scarce, the cabin does come equipped with sport bucket seats, a sport steering wheel, and a six-speed manual gearbox. Power is sent to the rear wheels exclusively.

In its more than 10 years on the road, the car has only covered 1,162 miles (1,870 kilometers) and has had just two owners since new. The vehicle spent most of its life in a climate-controlled garage, so says the seller, and its most recent owner spent more than $1,000 on a ceramic coat application.

It comes with the original factory handbook, a factory-installed alarm system, and a limited-slip differential. It’s a stunning vehicle, to say the least. And it could be in your driveway if you’re willing to dish out the $60,000 asking price.