SEAT Wants You To Name Its New Midsize SUV 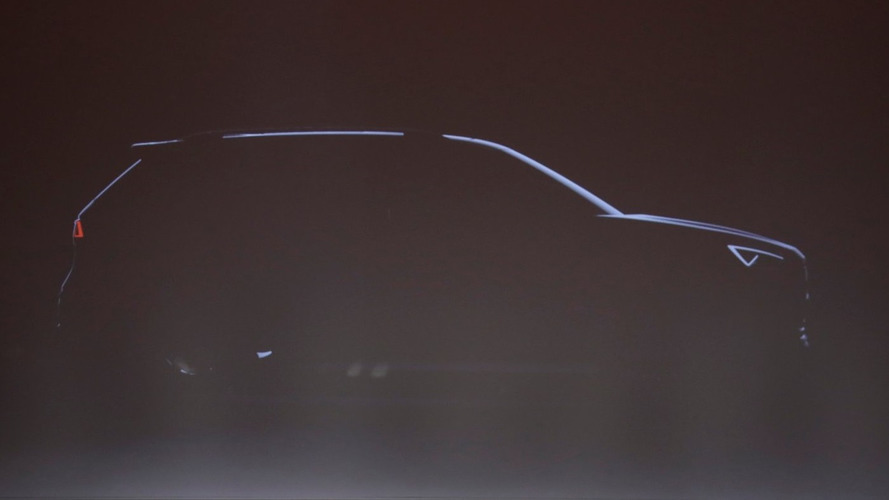 Use the hashtag #SEATseekingName and pitch your best names on social media.

Much to the chagrin of Skoda fans everywhere, the Czech automaker ditched its iconic Yeti nameplate in place of the more subdued Karoq moniker for its new SUV. But in an effort to hopefully win back some of that love lost, VW Group is giving fans the chance to name another vehicle under its corporate umbrella – the upcoming SEAT seven-seat SUV.

The Spanish automaker is using the hashtag, "#SEATseekingName," on social media to help drum up ideas for the upcoming SUV. The model will share its bones with the Skoda Kodiaq, ironically, and in doing so it will have seven seats and a range of turbocharged engines.

There are a few stipulations, though. The first is that the new name must be taken from Spanish geographical term, similar to the Ibiza and Ateca, both cities in Spain. The second stipulation is that it must be in line with the company’s "brand values," as well as easy to pronounce worldwide in different languages.

The first portion of the contest will run from now until June 22, 2017. Some of the best names will be put on a short list that will be reviewed by SEAT brand experts, with the finalists announced on September 12 at the Frankfurt Motor Show. From there, SEAT will open voting from September 12 to 25 where fans can decide on their favorite.

As for the yet-to-be-name SUV, it will follow the new Ateca and upcoming Arona, and will act as the Spanish automaker’s flagship vehicle. Since capacity at SEAT's facility in Spain will be capped by the previous two SUVs mentioned, the new flagship will be built at VW headquarters in Wolfsburg, Germany.

Technical specs are still well under wraps, but looking at the Skoda Kodiaq on which its based, it’s safe to assume that the SEAT will come with a similar four-cylinder powertrain, front- and available all-wheel-drive, and a six-speed manual or DSG, depending on the engine. We’ll know more details when it makes its debut sometime later in the year.

#SEATseekingName for its new SUV

Barcelona, 01/06/2017 – Today, SEAT has launched a project, #SEATseekingname, for members of the public to submit proposals and vote for the name of its new SUV with up to seven seats which goes on sale in 2018. The main criteria is that the name for the new model which sits one segment above Ateca, must be taken from Spanish geography.

Since the announcement last March of the launch of this new SUV, SEAT has already received proposals from all over Spain to name the new model. In light of the social stir it has caused, the brand has decided to seize the opportunity to launch this initiative for the first time in its history.

At the presentation of the project, SEAT President Luca de Meo explained that,“SEAT has decided to call upon every fan of the brand to propose and later vote on the name of the new SUV which is set to make history. In our efforts to launch #SEATseekingName, we have redefined the typical process in order to engage the public and followers of the brand all over the world in the project from start to finish”.

The initiative, which kicks off today, consists of four stages:

The initiative will take place internationally via the website seat.com/seekingname.

Since SEAT launched the Ronda in 1982, Spain’s geography has provided the name of a total of 13 brand models: Ronda, Ibiza, Malaga, Marbella, Toledo, Inca, Alhambra, Cordoba, Arosa, Leon, Altea and the two latest, Ateca and Arona. The new SUV will be number 14 on the list.

The SEAT range continues to grow
The new model being launched by SEAT in 2018 will round off the brand’s SUV trio, following the successful Ateca and the Arona, which is going to make its debut in the second half of 2017. Together with the All-new Ibiza, which arrives in UK showrooms in July, and New Leon which arrived in February, SEAT will complete the largest product offensive in its history.

The extension and renewal of the range drove sales up by 14.5% in the first four months of the year and increased revenues by 20.2% in the first quarter of 2017, which reached a record figure of 2,487 million euros. In addition, and after obtaining the best results in its history in 2016, SEAT posted an operating profit in the first quarter of 2017 of 56 million euros, which was 4.1% higher compared with the same period the year before.