Over 2,000 Bikers Show Up For Nicky Hayden's Funeral 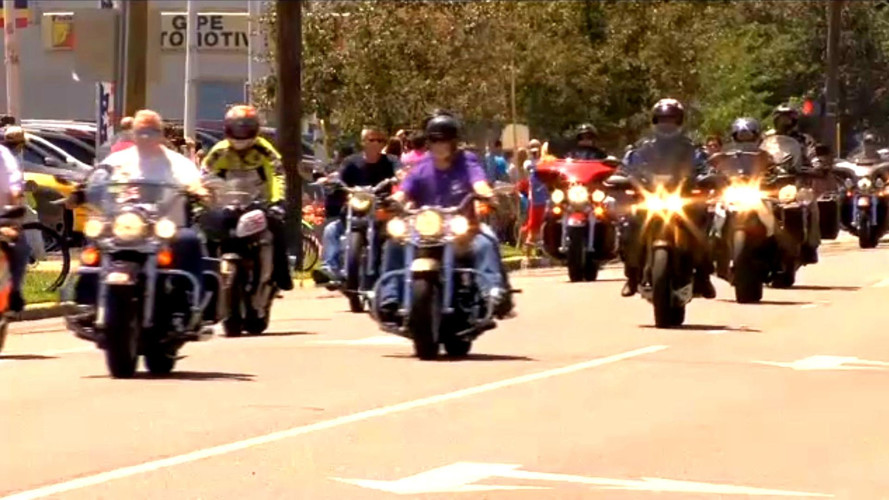 The massive turnout shows the admiration of Hayden in the motorcycle community.

Over 2,000 motorcycle riders turned out for Nicky Hayden’s funeral on May 29 in the former MotoGP World Champion’s hometown of Owensboro, Kentucky. People also lined the road of the funeral procession to mourn the fallen racer.

The rides organizers expected around 200 bikers to show up for the procession, according to WFIE 14 News. People turned up from around country to pay tribute to the American motorcycle racing champion.

"I think by doing this right here, this is part of the process of healing. And I think it would also help out knowing how much Nicky's life has influenced people and inspired people. Once they see this. I think it's going to make that family pretty happy," procession organizer Mike McFadden told WFIE 14 News.

Hayden died in Italy on May 22 from injuries sustained when a car hit him on the May 17 while the racer was bicycling with friends. He remained in critical condition for several days after the incident.

According to the obituary released by the Hayden family, Nicky often returned to his hometown even after finding international success in motorcycle racing. He often returned home between events and renovated a building on an Owensboro lake for his extended family’s use.

His family has created the Nicky Hayden Memorial Fund as a way to raise money for helping children in his community.

In his racing career, Hayden won AMA Supersport and Superbike titles. He moved to MotoGP in 2003 and beat Valentino Rossi to take the series' championship in 2006. Hayden moved to the FIM Superbike World Championship in 2016. Motor1's partners at Motorsport have written a complete obituary chronicling Hayden's on-track achievements.

A video of the procession is available here.