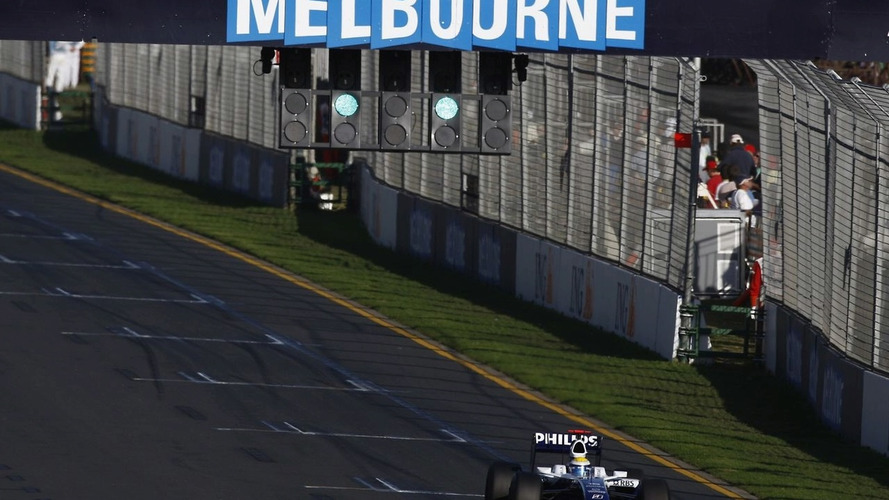 Officially bearing the 'number 1' for the first time, Lewis Hamilton never rose higher than sixteenth quickest as McLaren's worst fears about its performance were apparently realised on Friday.

Officially bearing the 'number 1' for the first time, Lewis Hamilton never rose higher than sixteenth quickest as McLaren's worst fears about its performance were apparently realised on Friday.

With the uncertainty of winter testing now behind, the Briton outpaced only the struggling Nelson Piquet - watched on by his famous triple world championship-winning father - and Swiss rookie Sebastien Buemi, as the three hours of practice wound down Albert Park.

The reigning world champion was also slower than his teammate Heikki Kovalainen throughout Friday.

The shadows of the early evening grew longer as Melbourne prepared for its 'twilight race' debut, leaving observers wondering if Williams has returned to top form, after Nico Rosberg headed the times in both 90 minute sessions.

His teammate Kazuki Nakajima was also quick, but so too were the other runners (Brawn and Toyota) who are accused of using dubious rear diffusers.

Brawn were the pre-Friday favourites here, and Rubens Barrichello in the late session posted the second fastest time of the entire day. Jenson Button's best times fell a couple of tenths shy.

Barrichello, extending his record as the most experienced veteran in the sport's history, insists the Mercedes-powered car is not only being boosted by a clever rear end.

"If you would take it (the diffuser) out completely, we would lose some time but not everything. The car is competitive for a whole bunch of reasons," he said.

Apparently struggling are expected title protagonists BMW-Sauber, whose drivers were never inside the top ten, and Ferrari, a second off the leading pace in the ultimate session after a more promising start.

Sebastian Vettel, meanwhile, had a disastrous day, stranded out on the circuit twice: first with an hydraulic problem, and finally when he spun into the gravel after putting a tyre on the grass verge.