Tesla Model 3: Everything We Know 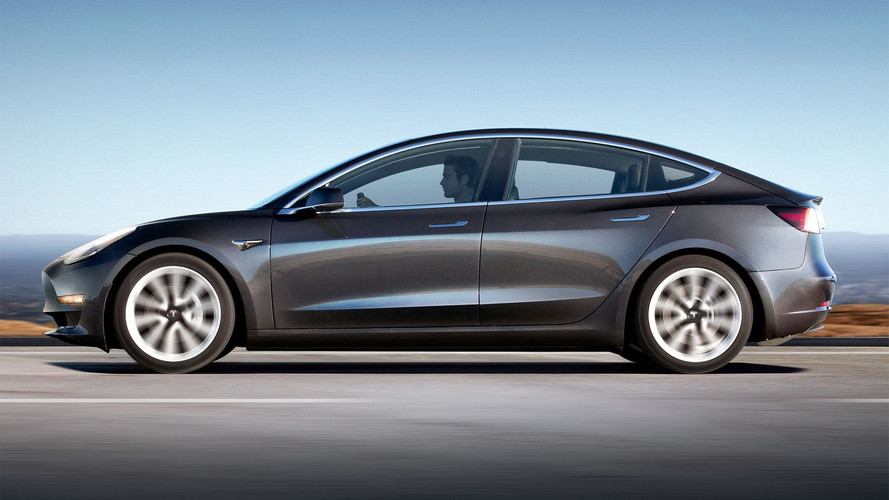 Tesla's smallest, most affordable model promises a driving range of up to 310 miles.

The Model 3 is without a doubt the most important vehicle that Tesla has ever made. It joins the Model S sedan and Model X crossover, but will be far more affordable than either of those models. In other words, the Model 3 is the latest in a long line of vehicles that Tesla fans are ultra excited for, while naysayers say it poses a huge risk for the Silicon Valley automaker. Now that it has finally been fully revealed to the public, here’s everything you need to know about the Tesla Model 3.

Tesla's big bet on the future, the Model 3 is supposed to be the Tesla that someone who "can't afford a Tesla" will be able to afford. It is also the last step of Musk's first Secret Tesla Motors Master Plan: "Build sports car. Use that money to build an affordable car. Use that money to build an even more affordable car." More specifically, Tesla describes it as, “a smaller, simpler, and a more affordable electric car.”

The Model 3 will be Tesla's lowest-cost EV, with a price of $35,000 before any government incentives. That's important because U.S. federal tax incentives will run out for Tesla before any other automaker, unless something drastically changes in the way EV sales are going. Even though production is going to start in mid-2017, Tesla has over 500,000 pre-orders of the Model 3, so if you order one today, you won't get it until mid-2018 or 2019, depending.

The first models, however, will not be those base cars, but instead will start at $44,000. That’s because Tesla will initially only sell cars with the optional long-range battery, which is a $9,000 option. It’s also worth noting that only black paint is standard; any other color costs $1,000. You’ll also pay $5,000 for the Premium Upgrades package that includes power front seats, a tinted glass roof, and various other upgrades; $5,000 for “Enhanced Autopilot;” and another $5,000 on top of that for “Full Self-Driving Capability,” though Tesla won’t say yet when that feature will actually be available.

Given all that, it seems pretty unlikely anyone will ever buy a Model 3 with a sticker price of $35,000.

Very similar to the Model S, with a fairly plain look overall. It’s a traditional three-box sedan, with a small opening in back for luggage, plus a “frunk” up front for more storage. Overall, it's a very wind-swept, modern design, which helps achieve that impressive 0.23 drag coefficient from the steel and aluminum body.

Very non-traditional, with almost no buttons or controls on the stylishly trimmed interior. Instead, there’s a giant touchscreen that sits on a pedestal. Mounted between the driver and passenger, it provides all infotainment controls, as well as all speed and other indications for the driver. It’s even used to control the windshield wipers and headlights. Look up and you’ll note an enormous optional glass roof, all the better for occupants to get a great view of their surroundings.

How far can I go before charging?

The long-range battery is said to provide 310 miles per charge. It will gain 37 miles of charge per hour from a 240-volt, 40-amp outlet, or roughly eight-plus-hours for a full charge. On a Supercharger, you can charge 170 miles of range in just 30 minutes. Don’t forget that Supercharging will not be free for Model 3 owners.

Tesla delivered 30 customer-ready Model 3s at an event last week, but everyone else will have to wait a bit: Tesla says that if you order a car today, you won't get it for 12 to 18 months – mid-2018 or later.

Technically, deliveries of the long-range battery model are starting now, but the short-range model won’t be available until this fall. Tesla has said before that production will be slow at first, but notes that it, "will grow exponentially until we achieve full production."

Tesla says it will start producing all-wheel-drive Model 3s in spring 2018, followed by delivering models to international markets in the second half of 2018. Right-hand-drive export models will start production by 2019, Tesla says.

What's under the hood?

A frunk. As in the Model S, there’s a storage compartment up front. Combined with the rear trunk, you get a total of 15 cubic feet of cargo capacity.

If you're thinking more traditionally, then what's "under the hood" is a skateboard-style chassis with a battery pack (maxed out at 75 kWh, according to Musk) and will come with rear-wheel drive as standard, with "Dual Motor" (all-wheel drive) as an option.

Where will it be built?

Tesla's Fremont factory, which received various upgrades and new robots to prepare for launching the Model 3.