Right in the heart of the prancing horse — Maranello.

Fun fact: out of all the cars ever sold by RM Sotheby’s, 40 percent of them were Ferraris. The auction house says it has sold vehicles with a combined value of more than $660 million, so doing the math means people have spent in total in excess of $264M just on cars that had the prancing horse. Not only that, but almost half of all the vehicles that went under the hammer for more than $10M were Ferraris. RM Sotheby’s proudly wishes to point out it has sold more Ferraris than any other auction house and has offered four of the top 10 most valuable Ferraris ever sold publicly.

Speaking of which, the most expensive Ferrari sold through RM Sotheby’s was a 1956 290 MM previously owned by none other than legendary race car driver Juan Manuel Fangio. It managed to fetch a whopping $28.05M at the New York event organized a couple of years ago. A close second would have to be the 1967 Ferrari 275 GTB/4*S N.A.R.T. Spider grabbing $27.5M back in 2013 during the Monterey event. To this day, it’s still the highest-grossing road-going Ferrari ever auctioned. Also at the Monterey sale but a year later, one of the three 1964 Ferrari 275 GTB/C Speciale units ever made commanded a $26.4M final price tag.

RM Sotheby’s will attempt to break those records during the September 8-10 weekend when it will organize what it describes as being the biggest Ferrari auction ever. It will be held in Ferrari’s hometown in Maranello and will gather together the “most valuable and sought-after Ferraris on the planet” on the occasion of the automaker's 70th anniversary. 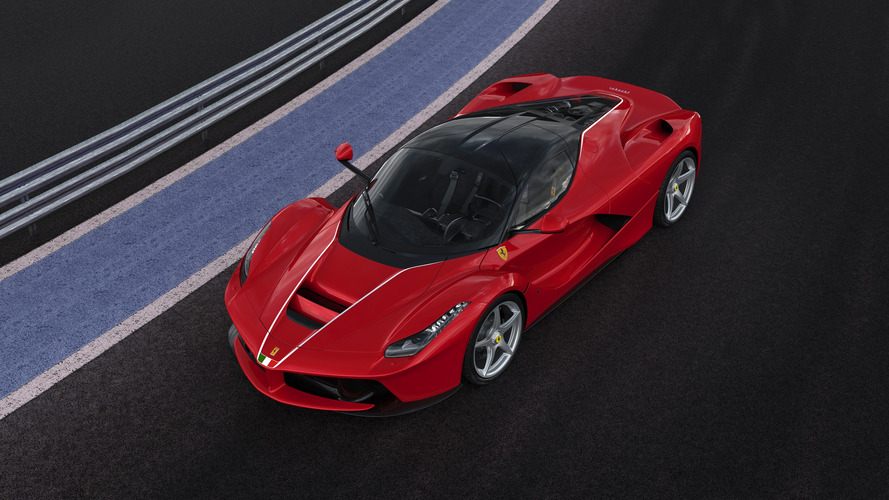 The last time RM Sotheby’s and Ferrari joined forces was in December 2016 when the 500th and final LaFerrari coupe was auctioned in Daytona during the Finali Mondiali event. It was sold for an impressive $7M and all proceeds from the sale were directed to helping the earthquake victims in central Italy. The unique LaFerrari managed to establish a new record for the most expensive new car ever sold at an auction. At the same time, the final bidding price was five times higher than the LaFerrari’s original sticker price.

Details about the cars en route to the auction block are going to be disclosed in the weeks to come.

BLENHEIM, ONTARIO (30 May, 2017) – RM Sotheby’s is thrilled to announce an historic sale held in partnership with one of the most revered marques the world over: Ferrari. The sale takes place during Ferrari’s 70th anniversary year, an extraordinary achievement in automotive history, and a major milestone in the marque’s rich heritage that will hold the attention of the global motoring community throughout 2017.

The collaboration will see RM Sotheby’s—the clear leader in the market for Ferraris at auction—join in the international year-long 70th anniversary celebrations. RM has successfully sold more examples than any other auction house, and proudly holds the record for four of the top 10 most valuable Ferraris ever offered for public sale. RM Sotheby’s and Ferrari have come together on numerous occasions in the past, including the 2007-2009 record-setting ‘Leggenda e Passione’ auctions held at the Ferrari factory in Maranello, events that cemented RM’s relationship and expertise with the marque. The strength of the partnership was proven once again in December 2016, with the charity auction of a unique LaFerrari at the Finali Mondiali at Daytona. The car achieved $7,000,000, with proceeds benefitting earthquake victims in Central Italy and, in the process, setting a record for a new car sold at auction.

“At RM Sotheby’s we are continually striving to offer our clients an experience that is second to none. Our partnership with Ferrari is a direct reflection of this crowning achievement. For collectors and enthusiasts alike, the sale represents a world-class and singular event, perhaps one of the most significant auctions ever held, in fact. We are deeply honored to hold this distinction and feel that this represents exactly what our customers expect from an association between such storied and historic brands as Ferrari and RM Sotheby’s”, says Rob Myers, CEO and Founder of RM Sotheby’s.

The partnership extends to several events throughout the anniversary year, culminating in the must-attend affair of the 2017 collector car calendar—an exclusive auction at the spiritual home of the marque—Maranello. Held 9 September at the Ferrari Factory, the auction will bring together an exclusive, curated selection of the greatest sports, GT and racing Ferraris ever built, celebrating pivotal moments in the marque’s history and unearthing some of the most valuable and sought-after examples on the planet. All entries for the sale will carry certification from the lauded Ferrari Classiche Department, with whom RM Sotheby’s enjoys a close relationship.

RM Sotheby’s has achieved incredible auction results to date across the full spectrum of Ferrari models; of the 660 million-dollar-plus cars sold in RM’s history, 40 percent are Ferraris. The upcoming event will build on this previous success in the sale of important Ferraris at auction, which accounts for nearly half of all examples sold for over $10,000,000 and is highlighted by: the ex-Works, ex-Juan Manuel Fangio 1956 Ferrari 290 MM, which commanded $28,050,000 at RM’s 2015 New York sale; the single-owner 1967 Ferrari 275 GTB/4*S N.A.R.T. Spider, which achieved $27,500,000 at RM’s 2013 Monterey sale, maintaining the record for the most valuable road-going Ferrari sold at auction; and, the one-of-three 1964 Ferrari 275 GTB/C Speciale sold for $26,400,000 at the same event in 2014. RM Sotheby’s auction expertise and Ferrari’s brand, coupled with the historic Maranello backdrop, will bring together the world’s discerning collectors for the most significant single-marque sale in collector car auction history and an unforgettable weekend.

For further information on the Ferrari sale, please visit www.rmsothebys.com, or call +1 519 352 4575 to discuss limited consignment opportunities. Additional details on early entries for the auction will be announced in the coming weeks.