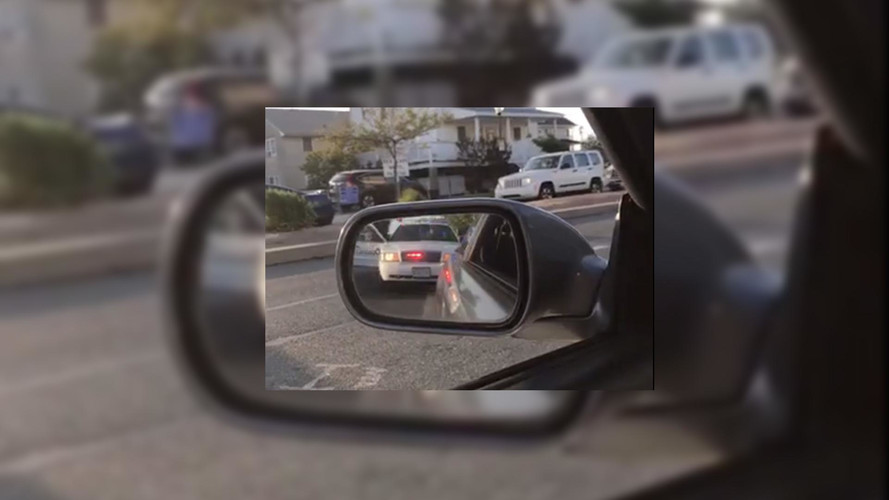 Smoke 'em if you got 'em, just not for three city blocks.

Showing off in a car is always a Catch-22. The whole point of it is to garner the attention – and theoretically the approval – of a large crowd. Unfortunately, large crowds tend to be found in very public places where some form of law enforcement can also be found. Showing off for crowds can be good. Showing off for police, not so much.

Enter Matthew Hutchinson and his R32 Nissan Skyline. Rolling through Ocean City, Maryland with passenger John Sabal, Hutchinson was apparently overcome with the urge to light the tires. We’re not entirely sure of the circumstances leading up to the burnout – information comes from passenger Sabal, who recorded the event as it happened for all to see on Facebook Live. What we do know is the burnout went for upwards of three blocks and passed quite a few cars that were completely stopped

This sort of thing done in broad daylight on a street seemingly packed with people and cars would be sketchy enough if it were stationary. Passing cars with the rear tires belching smoke for multiple blocks, however, goes way beyond being a bad idea. Folks, there’s a time and a place for such antics, and this wasn’t it.

That’s all the chastising we need to do, because 18 seconds into the video we hear the telltale sound of police sirens. To the driver’s credit, he didn’t try to do anything crazy like run for the boarder, nor did he try to offer up some lame excuse. The officer said it was going to be expensive, and though the video ends before the big finish, Hutchinson mentions in the comments of the video that all total, the burnout cost him $1,000. Ouch.

Shortly before the Skyline pulls over we can see a couple Dodge Vipers in the line of traffic, so we suspect some kind of cool car activity was taking place. Still, daring as this might have been, it stands as an example of what not to do in your search for automotive praise.