Literally a dozen teaser videos have been released so far.

Hyundai might not have the most daring designs in the car business, but the Kona is shaping up to be one of the boldest subcompact crossovers ever launched. After no less than 12 short teaser clips, we get to learn the funky B-segment model will celebrate its world premiere in a couple of weeks, specifically on June 13.

The adjacent screenshots come from the latest teaser video and reveal most of the funky design, which we have actually seen already at the beginning of the month when an undisguised Kona was captured on camera while taking part in a photo shoot. The styling is undoubtedly bold and while it may not be for everyone, we have to give credit to Hyundai for having the courage to come up with such a polarizing look. 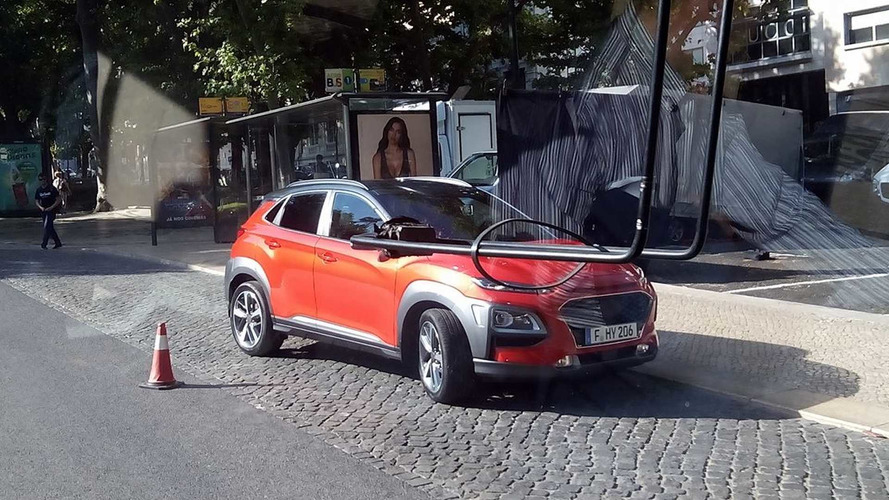 From the double headlight arrangement and striking orange paint job to the glitzy front grille and sleek taillights, the Kona has what it takes to stand out in its segment. Should the styling be too much for your tastes, Kia will have its own version of the crossover and it will adopt a more conventional design. Presumably called “Stonic,” Kia’s equivalent Kona has been spotted multiple times already hiding a more mainstream design.

Slotting underneath the Tucson, the new Kona will go after the likes of Nissan Juke and is expected to offer an all-wheel-drive layout considering Hyundai has made the promise it will be a “true SUV.” The new arrival is set to become a global model and will likely be based on the i20 supermini combined with the newer engines from the latest i30.

Hyundai will have the crossover on display at the Frankfurt Motor Show, with sales to kick off before the year’s end. Its Kia counterpart could be unveiled in full late 2017 or early 2018.