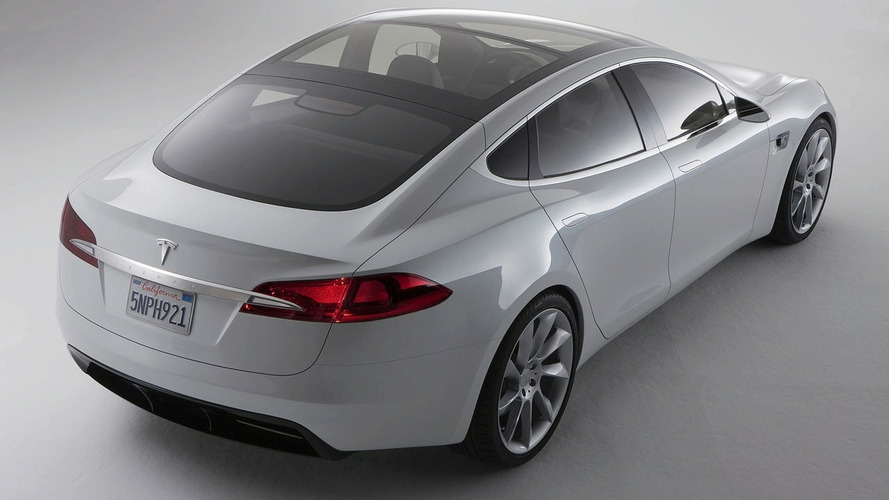 Tesla has revealed details and performance figures for the upcoming 7-seater electric-drive Model S. The launch will be in Q3, 2011 at a price of about US$49,900.

Tesla is aiming to steal the limelight from much bigger companies by confirming it will bring into production this electric-drive Tesla Model S in the third quarter of 2011. The 196-inch (4.98m) Model S is the more practical vehicle from Tesla who also build the Tesla Roadster sports car.

Powering the car is a battery pack made up of 8,000 cells. This gives a range of about 300 miles (483km). Batteries are housed on the floor which frees up plenty of space in other places. For example the space under the traditional bonnet is used for storage. It's a big car which can accommodate five adults plus two children in rear-facing seats under the hatch.

Lightweight is the way to go and Tesla has made sure the Model S keeps its weight down to 3,825lbs (1735kg) by using mostly aluminium in its body construction. It achieves a drag coefficient of about .27 which is lower than the Roadster's .35. A single-speed transaxle is used to drive the liquid-cooled 9-inch motor so fewer parts are fitted.

A warranty of 3 to 4 years for the car and 7 to 10 years for the battery pack is expected to be offered. Good news for countries like South Africa, Japan, Australia and the UK is that the Model S will also be sold in right-hand-drive. Indicative pricing is US$49,900.