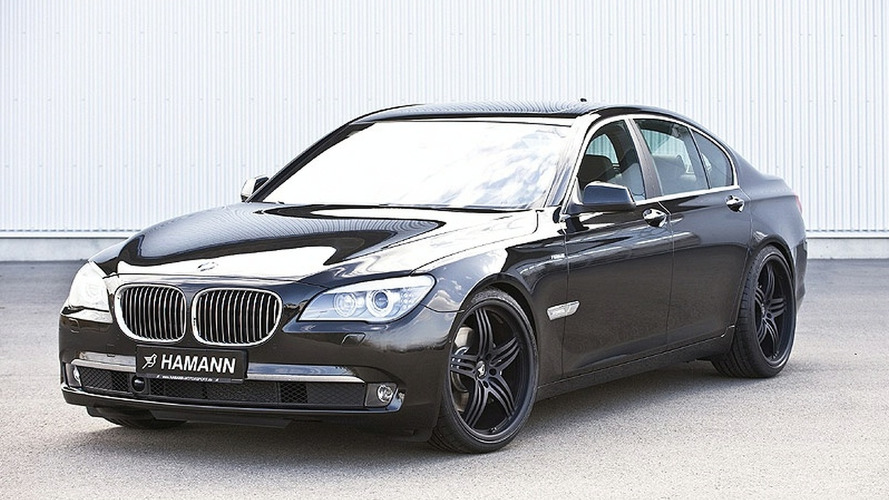 German tuner Hamann is currently developing its version of the new-generation BMW 7 Series. Official pictures showing the car's exterior kit and some interior appointments have been released.

Hamann announced that they now have a body kit to go with their tuning programme for the 2009 BMW 7 Series. Details are being kept under wraps for the moment except to say those tyres are running on 22-inch rims. Visually, components like a rear boot spoiler, a rear roof spoiler, four tailpipes and new side skirts can be spotted. The interior shows sporty pedals, and black leather seats and carpets stitched with the Hamann logo.

Hamann is busy developing the next programme for the new 7 Series and we suspect the base car will be powered by the current 4.4-litre twin turbo V8 from the 750i/Li. After the release of the new 760i/Li we should see Hamann stepping up to it as well.