Rolls-Royce Says Sweptail Likely The Most Expensive New Car Ever 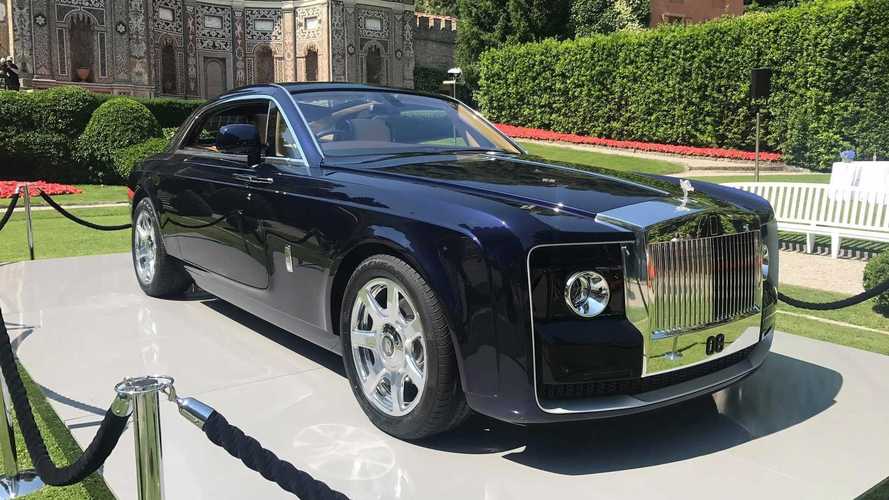 Without a shadow of a doubt the star of this year’s Concorso d’Eleganza Villa d’Este, the one-off Rolls-Royce Sweptail is a heavily modified Phantom with an eye-watering asking price to match its special status. While company CEO, Torsten Müller-Otvös, refers to rumors about the car costing a whopping £10 million ($12.8M) being nothing more than “speculation,” he does say it was “substantially expensive, substantially expensive.” As a matter of fact, Rolls’ head honcho mentions the one-of-a-kind build is “probably the most expensive new car ever.”

When the mysterious client got in touch with the Goodwood-based luxury marque, the two parties did not establish the vehicle’s price tag beforehand: “There was a dream, not a fixed price.” Throughout the entire build process, the wealthy owner collaborated with Rolls about every single detail concerning the unique creation and he knew what the price would be for each customization.  In the end, “the dream came true — and that costs a bit of money.” How much? We’ll probably never know.

Developed over the course of four years, the Sweptail is likely a sign of things to come as Rolls-Royce is already analyzing the prospects of doing more special “1 of 1” projects. While the company’s director of design, Giles Taylor, says it’s unlikely a client will ever be this involved in the development process, he is keen on the idea of developing more coachbuild cars. He went on to specify Rolls could build a one-off vehicle and then sell it to a client willing to pay what would be a hefty price tag.

The company’s newly developed platform debuting later this year on the Phantom VIII has what it takes from a technical point of view to pave the way for more special cars. That being said, Müller-Otvös pointed out coachbuild projects won’t become the norm for Rolls-Royce as these will have to be “truly unique and exclusive,” which is why we won’t be seeing cars such as the Sweptail on a regular basis.