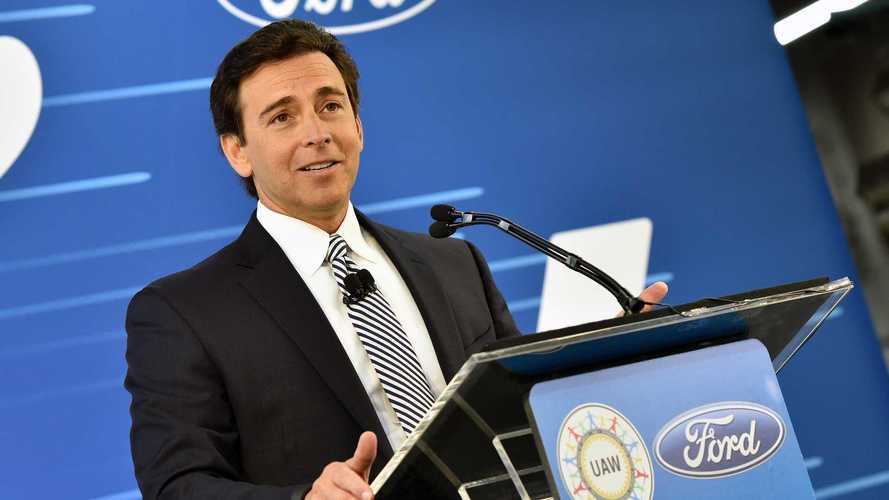 Ironically, his biggest payout will be in Ford stock.

Don’t feel bad for Ford’s former CEO Mark Fields. He may no longer be the head of a major automotive company, but if the report from Automotive News is accurate, he won’t exactly be starving. That’s because the long-time Ford executive is expected to receive nearly $58 million when all is said and done. As far as golden parachutes go, that’s a keeper.

It’s not as if Fields will get a big cardboard check for $57.7 million dollars. A sizeable chunk of that payout – $29.4 million according to figures from Bloomberg News – will come in the form of unvested stock awards that will continue to vest through 2020. That’s rather ironic considering Ford stock prices fell 40 percent during Fields’ tenure in the company’s top spot. Though never specifically mentioned by anyone at the company, the falling stock prices are believed to be the primary catalyst behind his departure.

Aside from the stock awards, Fields should get $8.1 million in stock options and a pro-rated bonus of $2.1 million. And because he technically resigned from the company as opposed to being booted outright, Fields can expect roughly $17.5 million in retirement benefits. Beyond that, he also still has access to Ford’s fleet of corporate jets through August 1. Weekend trip to Vegas anyone?

Ford Executive Chairman Bill Ford brought in former Steelcase CEO Jim Hackett to replace Fields. During a press conference on May 22, Ford mentioned the need for new leadership in taking Ford through a critical era of change and advancement. The company has trailed behind other manufacturers in the fast growing electric car segment, and has been stagnant in bringing new models to market. In spite of this and falling stock prices, Ford has enjoyed several years of record profits.

That string of profitability has faltered for 2017 as Ford – along with many other auto manufacturers – is currently weathering the worst automotive sales slump in years.