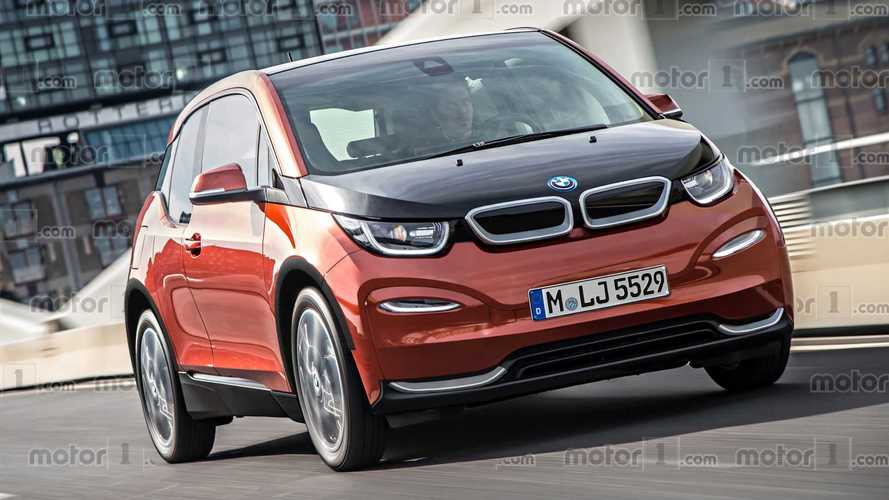 Most of the changes will come under the hood.

BMW has been saying for years now that it plans to refresh and restyle its i3 electric hatch. So far, we haven’t seen it. But if this new rendering is any indication, it should be a very light update.

Using spy photos, our team at OmniAuto has come up with a restyled i3 that defines subtle. Most of the body remains the same shape, apart from a sleeker new fascia and front diffuser. We don’t get a look at the rear, unfortunately, but we doubt much will change.

Most of the updates will come under the hypothetical hood. Reports suggest a new i3S is expected with as much as 200 horsepower (149 kilowatts) and 184 pound-feet (249 Newton-meters) of torque on tap. That would be a pretty significant upgrade over the current 168 horsepower (125 kilowatt) and 184 lb-ft (249 Nm) available.

With the new battery pack equipped, the i3S will reportedly sprint to 62 miles per hour (100 kilometers per hour) in just under seven seconds, and improve its 93 mph (150 kmh) top speed. Range is also expected to improve by nearly 50 percent. The new i3 could get as much as 200 miles (321 kilometers) on a single charge.

Apart from the new i3S, the base model is expected to gain a larger, more ergonomic cabin, a range of new color options, and a few styling tweaks to the cabin. BMW estimates that together with the i3, i8, and a range of plug-in hybrid vehicles, EVs could make up as much as 15 to 25 percent of the automaker’s volume by 2025.

No word on when the new i3 will make its debut, but expect a starting price of under $45,000 when it does debut.