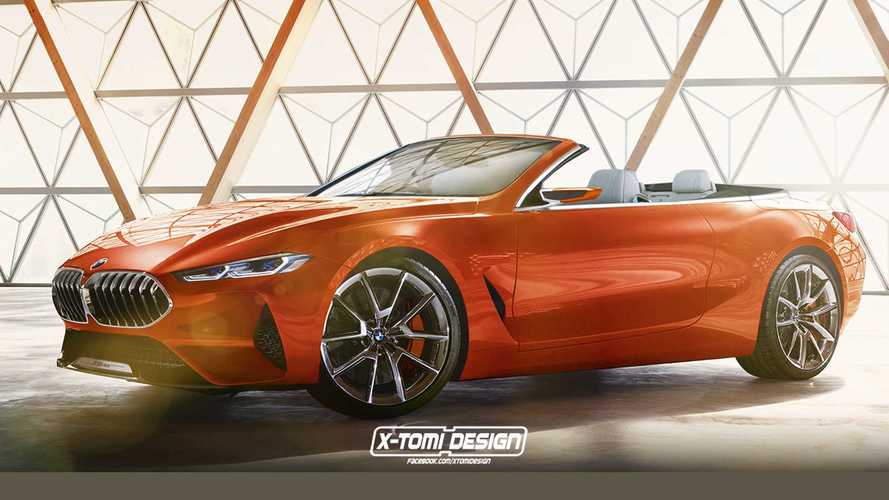 Just when you thought the concept couldn't get any more stunning...

The BMW 8 Series Coupe concept is a stunning preview of things to come. It will make its debut at the Concorso d’Eleganza Villa d'Este this week, and eventually it will spawn a production model with the same name. In its transition from concept to production, though, we’ll likely see a number of changes. One of those changes could include the addition of a removable top... we hope.

Rendered here by X-Tomi Design sans roof, the BMW 8 Series concept looks stunning with the top dropped. It’s also been given an appropriate Valencia Orange finish, along with a few added cues that make it a bit more production ready.

As for the rest of the body, the 8 Series concept rides on a set of 21-inch alloy wheels, featuring an aggressive front fascia that sees air vents visible in both bumpers as well as the front fenders. Muscular flared wheel arches, sleek headlights and taillights, and dual exhaust tips give the package a touring car look.

The cabin follows a similar luxurious and sporty theme; leather-wrapped seats in a carbon fiber shell, handsome Merino leather finished in Dark Brown and Fjord White, and even Swarovski glass on the iDrive controller.

BMW is keeping on quiet on what kind of engine will power this handsome machine, but Senior Vice President of BMW Group Design, Adrian van Hooydonk, does give us some hints. He says that it will be a "full-bodied high-end driving machine," describing it as a "luxurious sports car which embodies both unadulterated dynamics and modern luxury like arguably no other."

A convertible version would undoubtedly add to that luxurious theme when the car makes its debut in 2018.