Most of the juicy specs have finally been announced.

The all-new M5 (F90) has been making headlines in the past few weeks and now we are able to share even more news about the high-performance midsize sedan. BMW organized a preview event Tuesday night at a warehouse in Belgium where it showcased the hotly anticipated car in a so-called “Discovery Room.” It went through the trouble of blacking out the vehicle identification number located on the bottom of the windscreen to block attendees from using a VIN decoder to find out all the specs.

However, participants were allowed to open the hood and have a closer look. One member of the Bimmer Post forums memorized the VIN (they weren’t allowed to take any pictures) stamped inside the engine bay and then ran it through a BMW decoder to unlock all the secrets.

The biturbo 4.4.-liter V8 engine is going to deliver 600 horsepower (441 kilowatts) and 516 pound-feet (700 Newton-meters) of torque to the already known xDrive layout fitted with a pure RWD mode. One of BMW M officials announced the 0-62 mph (0-100 kph) run is going to necessitate less than three and a half seconds.

Scheduled to be revealed this year ahead of a 2018 market launch, the M5 was shown at the event in a Marina Bay Blue Metallic body color with a Merino/Silverstone leather interior. It had 20-inch two-tone alloy wheels shod in Michelin Pilot Sport 4S tires backed by yellow carbon ceramic brakes. The high-performance sedan exhibited behind closed doors came with a double bubble roof made from carbon fiber as well as the new-look LED adaptive headlights together with LED taillights seen on recent BMW models. 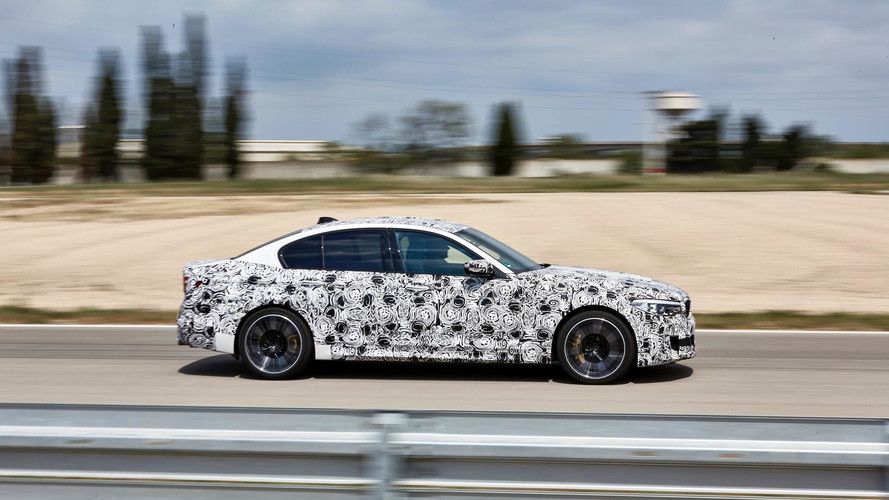 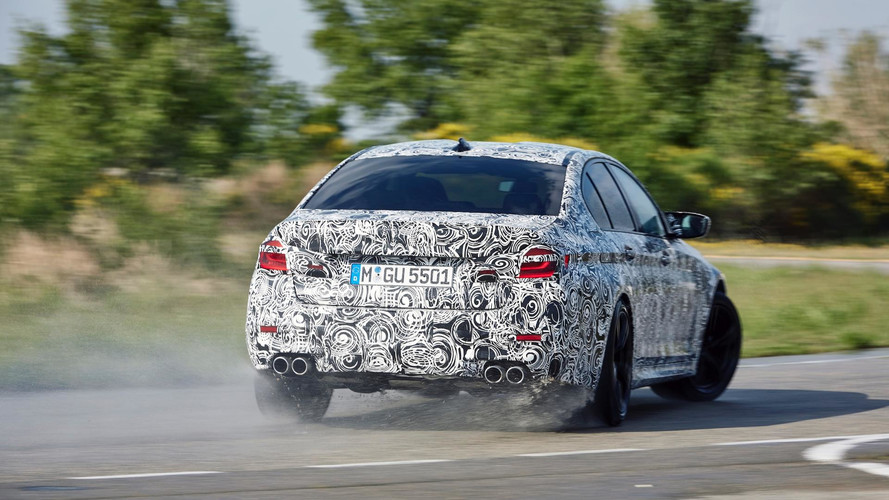 He also remembers the car had black kidney grilles and small side gills similar to those of the M3 and M4. He noticed the range-topping sedan had a rectangular fuel cover while at the back the diffuser was flanked by four exhaust tips (two per each side) featuring a chrome finish. The rear also hosted vertical red reflectors in the same vein as those on the X5 M / X6 M.

Bimmer Post’s reader had the opportunity to hop inside the cabin and check out the optional fully digital instrument cluster with a speedometer going all the way up to 330 kph (205 mph). Unsurprisingly, it had the upgraded infotainment system and illuminated M5 logos on the side sills and on top of the seats. Other features he remembers seeing include a “chunky” leather M steering wheel and the “complex” eight-speed M Steptronic gear stick.

Check out the source link below to find out the full specs resulted from running the showcar’s VIN through the decoder.