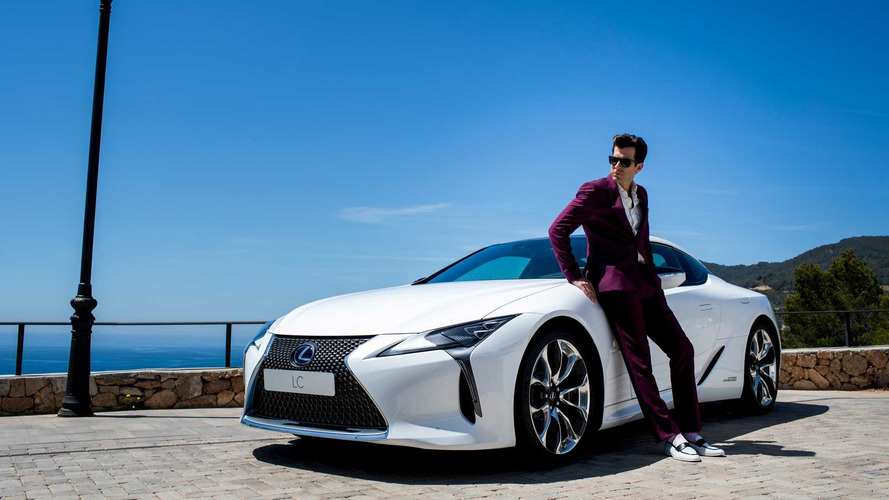 Before proceeding, you should know that fiddling with this music generator from Lexus is as addicting as a deep-fried cocaine pie topped with an endorphin-laced chocolate sauce. Forget that it’s an initiative from the manufacturer to promote the LC coupe in Europe. That’s also why noted DJ and European recording star Mark Ronson is involved, because it takes talent to make great music. Actually, with some help from Lexus and its cool music track generator, the only talent required is the ability to click a mouse.

For the record, that’s totally not a slam against Ronson. He’s an award-winning artist, and now you too can live the glamorous life of a music producer. Your mission is to create a delightful musical composition to accompany a short video that features Ronson, a Lexus LC 500, and a bunch of other people he meets during his “LC driving experience.” It’s part of the manufacturer’s Make Your Mark campaign, but again, once you lay your first phat beat, you totally won’t care.

Creating a track is really simple. It uses something called a Novation Launchpad music sequencer, and as you can see from above, there are all kinds of sounds to choose from. Each key is called a loop pad, and has a specific sound or rhythm when activated. The loop pads are grouped together to form eight channels. One loop from each channel can play simultaneously; to switch loops simply click on the key and it will automatically come into the track at the next measure.

Your track is recorded from moment you first hit a key, but don’t panic. If it comes out sounding like a cowbell without the bell, you can just hit restart. Or if you think the finished track is worthy of a Grammy nomination, you can share it to the world. The loops were put together by Ronson, so experiment like crazy to make something cool. Just know that, once you start, it’s very hard to stop. And by the way, Lexus also wants you to know that its LC series is pretty sweet.

With that said, click here to open the music generator. Get your music career started already.

MONDAY 22 MAY, 2017: Today, Lexus and Mark Ronson unveil a short film collaboration through which music and car fans alike get the chance to take the LC driving experience to the next level by scoring their own track to the drive, using exclusive musical stems produced by Ronson in the studio.

Inspired by the ground-breaking LC luxury coupe and sights & sounds of globally-renowned musical hotspot Ibiza, viewers have the opportunity to become the DJ themselves by accessing a bespoke platform to create their track, based on the industry-leading Novation Launchpad music sequencer.

An avid driving and (of course) music fan, Mark has himself created a track to his own version of the drive, as inspiration for those taking on the challenge, available to view here: https://www.lexus.eu/lexus-today/make-your-mark/behind-the-scenes/

Celebrated for its musical heritage, having played host to some of world’s most innovative music artists, Ibiza was the perfect location to showcase the Lexus ambition to create amazing experiences in the realms of music, art and technology. Renowned for its iconic coastal roads and crystal blue waters, the stunning Ibizan vistas provide the backdrop to highlight the uncompromising design and performance of the LC.

The LC immersive driving experience marks the next phase in the Make Your Mark campaign, which over the next five months will give consumers and fans the chance to get hands on with some exciting content and amazing experiences.

The design of the LC coupe remains remarkably true to that of the LF-LC concept car, making both winners of the EyesOn Design Award. The LC is the figurehead of an evolving vehicle development culture at Lexus, which embraces an unprecedentedly close collaboration between design and engineering teams to create new models.

To score your track to the ultimate LC driving experience, go to: https://www.lexus.eu/lexus-today/make-your-mark/