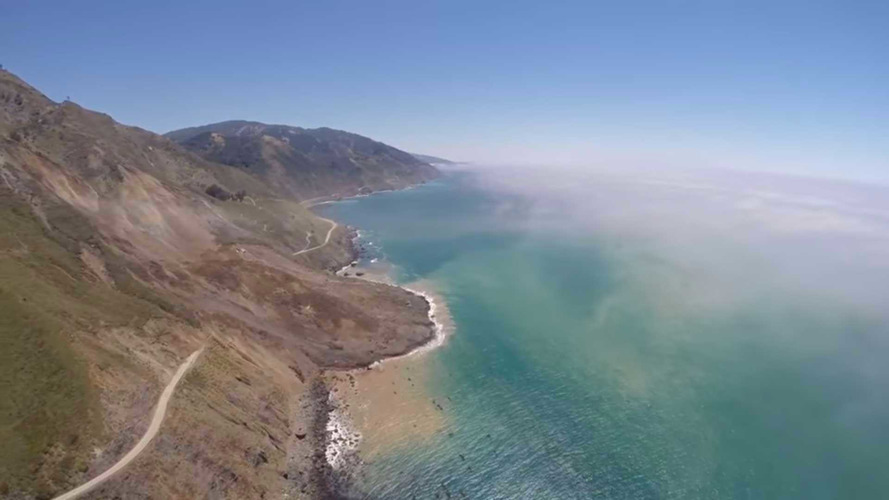 The landslide buried Highway 1 up to 40 feet deep in spots and is a third of a mile wide.

There are beautiful driving roads all around the world, but California’s Pacific Coast Highway is among the best of the best. Sadly, part of that road was buried over the weekend by a landslide of biblical proportions that not only erased a major chunk of the highway, but also changed the California coastline.

The landslide occurred Saturday in the Big Sur area on California’s central coastline, not far from the popular tourist town of San Luis Obispo. SFGate says the entire area is among the state's most popular destinations for tourists; anyone who’s driven Highway 1 from San Luis Obispo north to Monterey will attest to both the exceptional scenery and the steep cliffs that can frame both sides of the famous highway at many points.

At this time, the landslide stretches approximately a third of a mile, with some areas of Highway 1 believed to be buried by as much as 40 feet of mud, dirt, and stone. We say at this time because the area is still quite unstable and further slides are possible. This aerial video by Brian Mack captures the enormity of the slide, burying the road and pushing well out into the Pacific Ocean. Fortunately, this stretch of highway had already been closed due to other slides, so no injuries were reported.

California has had it rough in recent years. After suffering a five-year drought, the state has experienced an extremely wet winter and spring. SFGate says this latest landslide is part of over $1 billion in highway damage the state has suffered over the past year.

With conditions in the area still very sketchy, geologists and engineers haven’t even been able to get a full grasp of the situation yet, never mind an estimate as to when the Pacific Coast Highway might reopen.