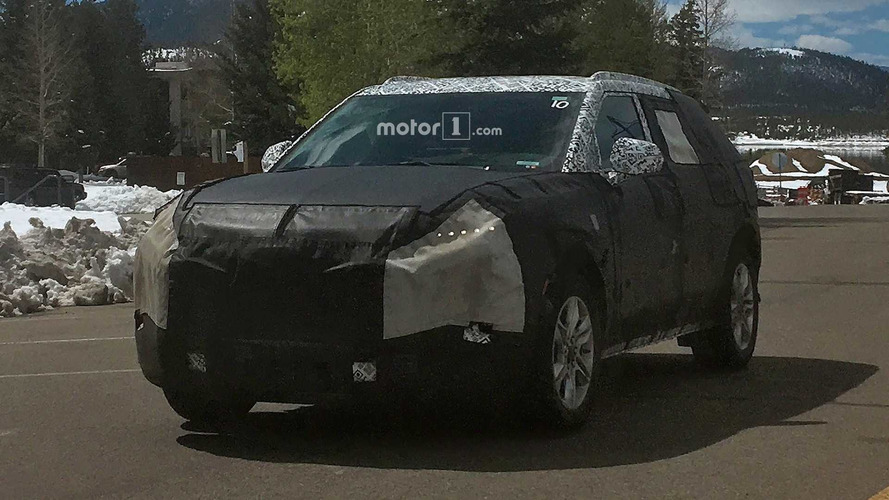 Is this the new Chevy Trailblazer, or just a bigger Equinox?

The current crop of Chevy crossovers and SUVs may seem plentiful enough for the average buyer with offerings like the Trax, Equinox, and Tahoe, among others. But the American marque thinks there’s room enough still to squeeze in another. New spy photos show a small Chevy CUV testing on public roads high in the mountains of Colorado.

Slotted somewhere between the Trax and the Equinox, the prototype in question wears a healthy amount of camouflage to hide its final appearance. Rumors suggest it could be either the iconic TrailBlazer nameplate back from the dead, or an all-new Traverse. Internally, the company is calling it "Blazer," leading us to believe the former.

The new set of spy shots mimic the ones we saw back in December, which showed a similar body style and familiar lines. The prototype is about roughly the same size as the 2017 GMC Acadia, suggesting that Chevy will either be stretching the Traverse, or doing away with the nameplate entirely in place of a new model.

Whatever the true identity of this new CUV may be, it will ride on the same C1XX platform that underpins the GMC Acadia, Cadillac XT5, Buick Enclave, and a few others. Power will come courtesy of an updated version of the already-available 3.6-liter V6, paired to a nine-speed automatic transmission.

It’s expected to make its debut sometime this year, likely at the LA Auto Show, if not early next year in Detroit before it goes on sale in the spring of 2018. No word on how much it's expected to cost just yet.