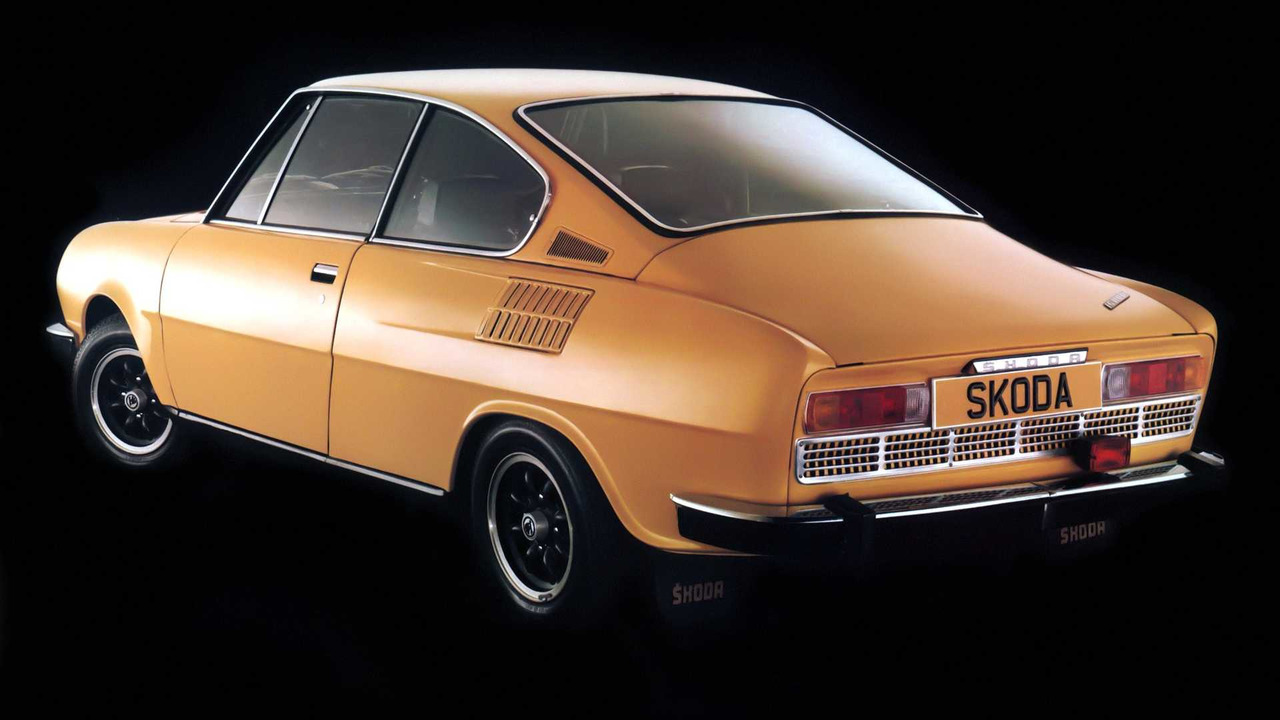 The Czech brand is looking at the past to prepare for the future.

Skoda has set its sights on launching no less than five fully electric vehicles by 2025, with the zero-emissions Citigo expected to lead the way beginning with 2020. About a year later, the recently introduced Vision E concept will morph into a production model and it will be followed by another crossover and quite possibly by a family car. The last of the EV quintuplet will be the most exciting of them all as it will take the shape of a sports car.

When asked by Auto Express whether the 1970s rear-wheel-drive, rear-engined 110 R pictured here will ever get a spiritual successor, Skoda’s man in charge of technical development, Christian Strube, said it will happen and it won’t have a combustion engine. Like the other four electric vehicles in the pipeline, the yet unnamed performance model is expected to ride on the Volkswagen Group’s new flexible MEB platform tailored to EVs.

It’s obviously too early to talk about technical specifications, but the aforementioned Vision E (pictured above) shown at Auto Shanghai in China might provide an early preview in regards to the underpinnings of Skoda’s sports car. The electrified crossover had an electric motor for each axle to enable an all-wheel-drive layout and a combined output of around 300 horsepower. The showcar was actually Skoda’s most powerful car ever, although the 280-hp, AWD-only Superb 2.0 TSI is still the top dog since you can actually buy one.

As a refresher, the first electrified model to come from Mladá Boleslav will be a plug-in hybrid Superb confirmed to debut in 2019 and shortly followed by a Kodiaq also with a charging port. As with other members of the VAG family, Skoda is betting big on electrification, so expect more and more models across the range to receive plug-in hybrid derivatives. It’s probably a safe bet to assume the next-generation Octavia due towards the end of the decade will spawn a PHEV variant later in its life cycle.