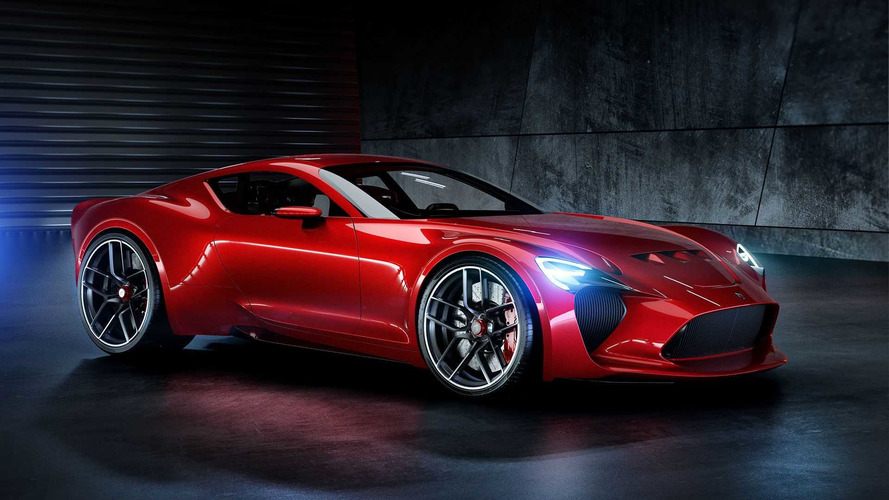 From 1962 to 1964, Ferrari built the now-iconic 250 GTO. Just 39 examples were produced, making them well rare, and exceedingly expensive in an auction setting. But imagine if the 250 GTO never died; one artist has done exactly that.

The concept was created by designer Sasha Selipanov, with some help from Ukranian CGI rendering artist Sergiy Dvornytskyy, who worked in the rendering and visualization of the project. It's called the 612 GTO III, and it heralds back to the iconic 250. Though it shares the same name with the 612 that was produced from 2004 to 2011, it lacks the same polarizing design and 2+2 seating, thankfully. Instead, the nameplate has been born again as a true performance car worthy of the Ferrari badge.

The low, aggressive front end shares a number of iconic cues with the original 250. The central grille and two flanking grilles below the headlights give the concept a distinctive look, while the sloped hood integrates three central cooling vents, another nod to the original 250.

With the engine in the front, the rear shows off some pretty familiar retro cues. Modern lines mix with iconic touring car styling. Twin fuel filler caps and central exhaust tips are immediately noticeable, while the taillights are completely unique, unlike any Ferrari production car before it.

The artist doesn’t say what would power this digital dream car, but it’s safe to assume that a robust Ferrari V12 would likely be found under the hood. Though, Ferrari has been toying around with the idea of a hybrid V8, so this could be prime candidate for that alternative powertrain.

Whatever the case, this 612 concept is stunning. Maybe Ferrari should take note for any future product.