Top 10 Car Movies Of All Time 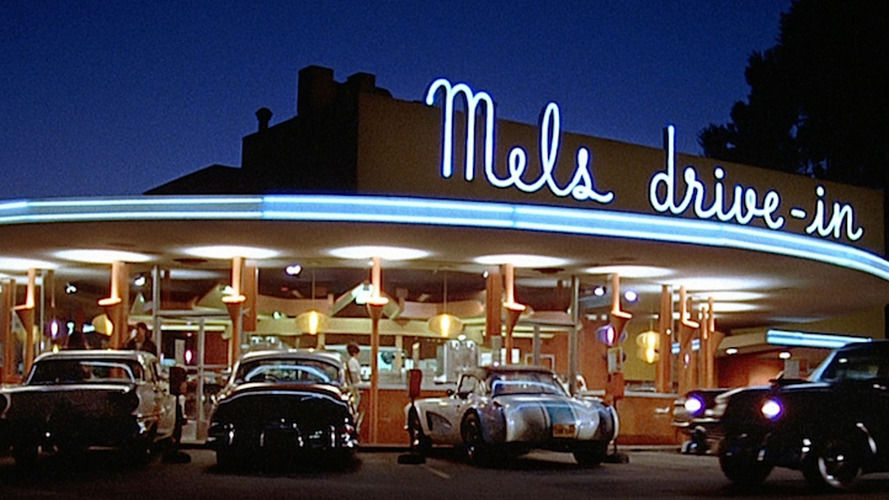 These stories touch gearheads on a level that only a true car movie can accomplish.

Any list of the top 10 car movies of all time is going to attract its fair share of criticism, as favorites are left out in the interests of brevity and personal tastes are affronted by the inclusion of what some might consider "questionable" cinema. I mean, let's face it: car's aren't always the most cerebral of topics, which means there's plenty of pandering to the lighter side of physics during driving scenes and the willing suspension of disbelief when talking about mechanical details in a 90-minute script.

Still, there are some movies out there that, whatever their faults, present something to the audience that strikes at the core of the automobile experience. Whether big-budget popcorn flick or occasionally-overlooked indie, these stories touch gearheads on a level that only a true car movie can accomplish.

10. Smokey and the Bandit

They made three movies starring Burt Reynolds and his blacker-than-black Pontiac Trans Am, with decreasing levels of watchability, seeing the franchise transition from the carefree 70's to the campy 80's. Still, the original Smokey and the Bandit captured the spirit of possibility and opportunity that the open road still represented in the midst of a decade mired in an energy crisis that neutered the performance of most American automobiles to the point of being laughable. Plus, it's probably the best flick about bootlegging ever filmed (after Thunder Road, of course).

It doesn't really matter which one you watch - whether it's the original's starkly barren near-future landscape or the high-octane stunt work of Fury Road - the Mad Max films have made an important mark in the annals of automotive cinematography. With the desert providing an unfettered, unblinking look at the hell-spawned customized vehicles used to survive and thrive in the apocalypse, Mad Max and its sequels: Road Warrior, Beyond Thunderdome, and the latest Fury Road have a strong claim for inclusion on any list of the top 10 car movies of all time.

Taken at face value, Bullitt is not a car movie. However, ask anyone to tell you the first thing that comes to mind when considering this Steve McQueen detective tale and it's virtually guaranteed that it'll be the chase scene between McQueen's Mustang and the evil black Dodge Charger through the streets of San Francisco. In fact, that's probably the ONLY thing the majority of people actually remember about Bullitt. It's the scene that set the bar for every car chase that came after it, and it played an important role in how automobiles were shown onscreen in action movies for the three decades that followed.

7. The Fast and the Furious: Tokyo Drift

Derided by some for leaving America (and the original characters) behind, Tokyo Drift is the sole reason that the Fast and Furious franchise continues to this day. Setting the movie in "Tokyo" was a stroke of genius, because it allowed for unfettered access to some of the coolest unobtanium automobiles ever to make the silver screen. The shift to a Tokyo theme also introduced an international cast that allowed for big bank in theatres around the world and proved that the formula had long legs. For the purposes of our list of the top 10 car movies of all time, however, it makes the cut because it's the last film in the series to focus almost exclusively on car culture and the people who love it.

Forget the Nick Cage remake - if you're a car lover, you'll be able to look past the lack of narrative and embrace the sheer mayhem of the original Gone in 60 Seconds movie. Produced and directed by renowned stuntman H.B. Halicki, the entire movie is essentially one long chase scene, with a Ford Mustang the crown jewel of the incredible destruction that dominates its last half. Gone in 60 Seconds is the height of 70's auteur excess, but that doesn't mean it's not chock full of sweet almost-malaise era metal.

John Frankenheimer was a serious director who had a legitimate passion for the automobile (as list runner-up Ronin would prove more than two decades later). Grand Prix set out the capture the intensity of 60's-era automobile racing, and whether it accomplished that or not, it's safe to say that its presentation of the heat of performance has yet to be equaled outside of the documentary format.

The Cannonball Run movies are the ultimate in silly, throw-away bubblegum (or is that "gumball?") cinema. They're also completely focused on that quintessential automotive activity: the road trip. Shut down your brain and remember a time when throwing a bunch of stars and cars at the screen was a formula that actually worked, instead of (Redline) failing (Need for Speed) miserably.

Tokyo Drift may have been the last true movie about car culture to hit your local multiplex, but it was far from the first. American Graffiti was not only successful enough to convince studios to fund Star Wars for George Lucas - it also tapped into a nostalgia for the 60's cruising scene that was only beginning to surface in popular culture at the time, showing off the back-and-forth late-night adventures that were a staple of small-town America. In a similar vein, Dazed and Confused wasn't explicitly about the sweet vintage cars woven through the lives of its characters, but they were the lifeblood of the Texas college and high school that the film sought to capture for one glorious 24-hour glimpse.

Vanishing Point casts the automobile as the chariot for a spiritual journey of growth and discovery when a man named Kowalski embarks on a quest to reach the West Coast behind the wheel of a 1970 Dodge Challenger. It also sounded one of the first artistic alarms about the impending hangover from the Summer of Love and how it would warp popular consciousness for years to come.

1. The Fast and the Furious

No one could have predicted that a 2001 action movie starring a cast of relative unknowns would still be fueling a multi-billion dollar commercial enterprise a decade and a half past its release. And yet here we are. The difference between the first Fast and Furious film and the most recent entry is that the original tries its best to be about the cars, and whether you're into imports, muscle, or classics, you've got to respect the fact that director Rob Cohen cared enough to make an effort to involve the tuner community during its production. Overlook the cheesy moments and just have fun with all the under-car neon kits, big graphics, and nitrous bottles stuffed onscreen. Danger to manifold!