Lamborghini Responds - Estoque Not Dead Yet! 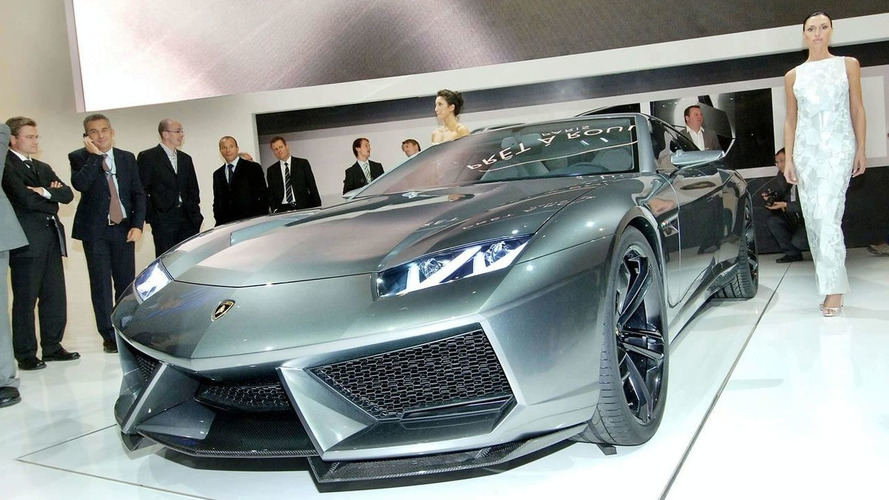 Lamborghini has officially refuted reports that its Estoque four-door concept has been removed from consideration for production.

It would appear that reports of the Lamborghini Estoque's demise have been somewhat exaggerated. The four-door supercar debuted in concept form at the Paris Motor Show last year, and the manufacturer's statements at the time suggested that a four-door Lambo was in the works. The four-door, four-seat front/mid-engined supercar would have been a great departure for the marque, and with the world financial crisis it came as no surprise to hear earlier this week that it had been cancelled.
This report appears to have jumped the gun on Lamborghini's actual plans, however. Maurizio Reggiani, the firm's head of research and development, said, "The timing and market conditions are just not right for an additional model line," and many took that to mean that the Estoque was a no-go.

The company has released a statement in rebuttal, that neither confirms nor denies plans for a four-door Lamborghini:

In reference to recent press coverage commenting on cancellation of its Estoque project, Lamborghini has not taken any decision to produce its Estoque concept car, the four door performance saloon concept shown at Paris motor show in 2008.

"As stated when the car was shown, Lamborghini believes that if a third model line should ever be added to its product line up, a four door luxury performance saloon could be a logical product strategy. No decision has been made to produce the Estoque."

In the tradition of any savvy marketer, the statement is murky and doesn't say anything other than that the program has not been axed. But that's okay: in this case, "maybe" is better than "no," right?