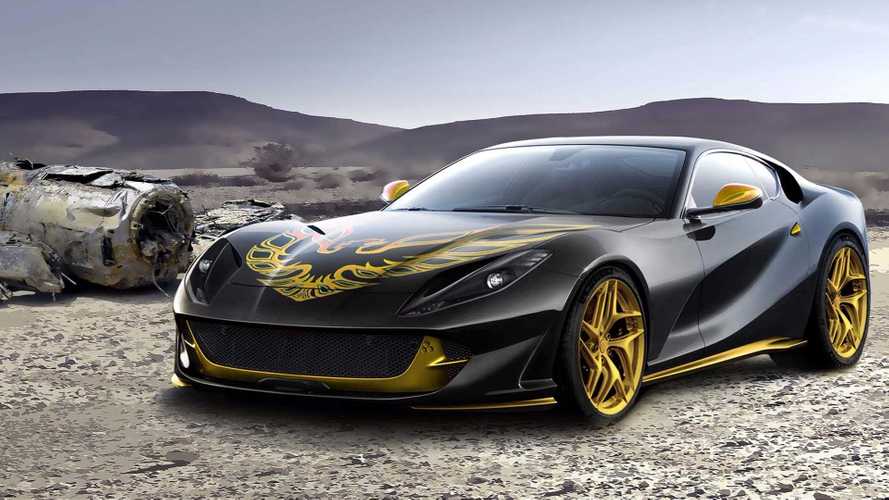 We put a modern spin on the iconic Bandit Trans Am color scheme, and it’s epic.

This very weekend 40 years ago, arguably the greatest car movie of all time opened in theaters across the United States. We’re talking about Smokey and the Bandit, a film so good it made a star out of a 200-horsepower 1977 Pontiac Trans Am. Yes, it’s a campy flic with low brow humor, but there is no denying the charm and chemistry that stars Burt Reynolds, Sally Field, Jerry Reed, and Jackie Gleason brought to the action.

In honor of the film, we reached to our friends at CarSpring for some flashback fun. The Bandit’s black and gold color scheme is as iconic as the Trans Am that wore it, so CarSpring commissioned some excellent renders of a few modern rides with proper Bandit flare. And for the fun of it, we also recast a few other cars from the film with modern doppelgangers. Join us now for a surrealistic trip back to 1977.

We couldn’t begin this journey any other way. Pontiac is no longer with us, but more than a few modern Trans Ams were built from its long-time Camaro stablemate since Chevy revived the muscle car in 2010. And if we’re honest, the new-and-improved version is just as awesome as the original.

The Pontiac Le Mans used in the original film was the epitome of everything wrong with cars in the 1970s. We didn’t mind seeing that car get torn to shreds, but with a Charger makeover we’d hate to see a single scratch on that sumbich.

In the trucking world, Kenworth’s W900 is still a legendary machine even without the Hollywood boost the film gave it. There are all kinds of current trucks that could fill the role, but we think Snowman would absolutely love the torque and power that electric trucks can provide. Plus, Tesla’s truck looks damn good in brown and gold.

Admit it, you secretly love seeing a black Ferrari with gold trim and a screaming chicken on the hood. It’s missing the all-important t-tops, but Burt Reynolds could’ve easily made the Texarkana – Atlanta run in under 28 hours with the 812’s 789-horsepower V12. For the record, that four times the power you get from a stock 1977 Trans Am.

During the course of Bandit’s return run he crashes through mailboxes, dives through highway medians, crosses a river, and jumps a broken bridge. All that would’ve been so much easier in a Raptor, which was actually designed to do some of those things. And it doesn’t look bad dressed in Bandit trim.

The Bandit driving a … Honda? Absolutely, and honestly, the already flamboyant Type R looks right at home in the Bandit’s equally flamboyant color scheme. It’s old-versus-new, and don’t forget – this Civic holds the front-wheel drive record at the Nurburgring. It’s more than capable of being a blocker for a semi hauling bootlegged Coors beer to Georgia.

We aren’t even going to try and hide our enthusiasm for this render. The Hellcat-powered Trackhawk with 707 horsepower, sporting the hood decal and the gold trim, it’s just too much. We bet this Jeep would shoot bald eagles out the exhaust and leave red, white, and blue tire marks on the road. Of all the alternates here, this is the one we’d want to get eastbound and down with.