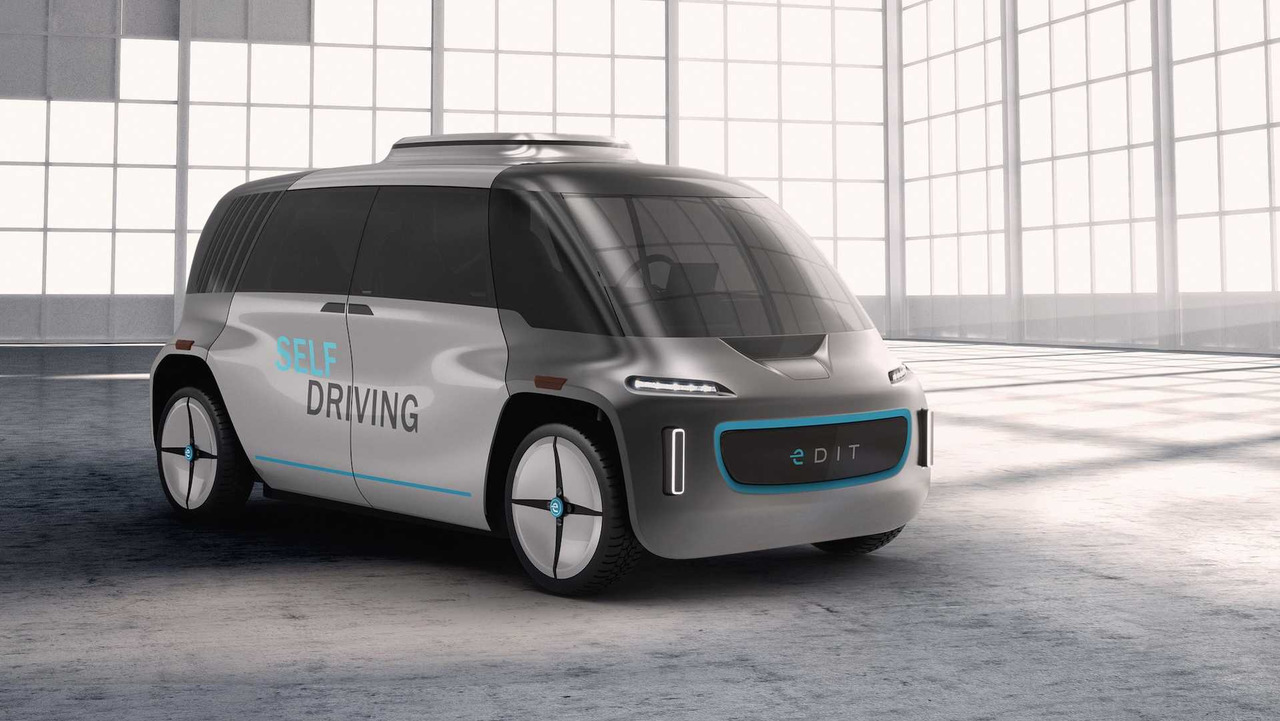 It takes just five pieces to fully assemble the Edit.

Meet Edit, a fully autonomous and modular vehicle built specifically for use in the service industry and automotive startups. Developed and engineered in Italy by a company called Camal, it was designed by Paolo Alto (aka Silicon Valley), California-based OSVehicle for road use here in the U.S. And it's kind of adorable.

Edit uses a single modular platform to which buyers can design and interchange body panels based on their personal preferences. The project has quietly been in the works for more than a year now, the end goal "to democratize mobility by enabling businesses and startups to design, prototype, and build custom electric vehicles and transportation services."

Here’s how it works. The body is divided into five main features: front, rear, roof, double symmetrical doors, and of course, chassis. The four molds on top of the chassis help reduce costs and ease manufacturing practices for whoever buys the platform. The shape, though customizable, remains relatively the same overall, and mostly boxy in nature.

The company doesn’t say what variety of powertrains are compatible with the platform, but suggests a fully electric motor will be the powertrain of choice. It’s even customizable to achieve level 5 fully autonomous driving... pending the purchaser has the technology available.

Edit is just the company’s second project following the smaller Tabby Evo from 2015, but it follows a similar strategy. The two-seat Tabby Evo platform cost just $4,000 when new, expect the larger Edit to go for a bit more than that when it does go on sale. No word on when the Edit will be available to consumers.