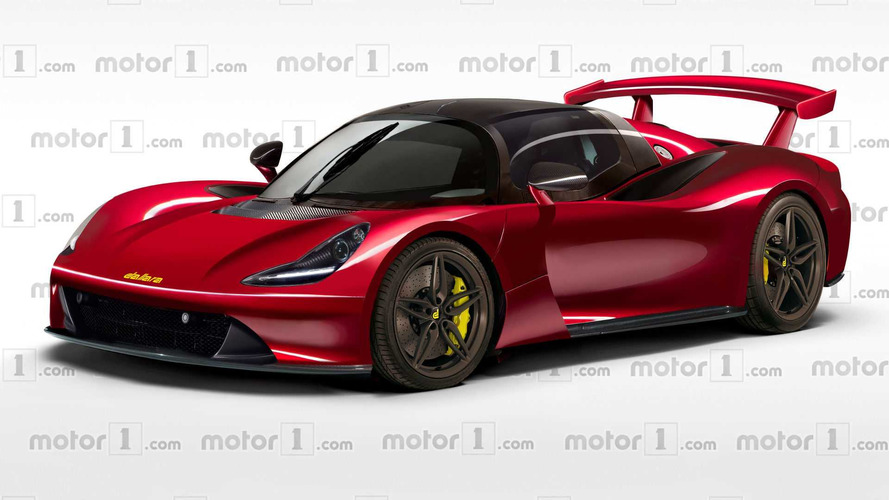 We've seen it with camo and now it's time to imagine what was hiding underneath the disguise.

It was back in August 2014 when Dallara announced plans for a street-legal car and we are about a few months away from the debut of the yet unnamed model. It has been spied all wrapped up in camouflage in recent weeks while undergoing testing on public roads to receive final tweaks. Based on those shots, OmniAuto’s Photoshop master has put his skills to good use by attempting to figure out what was hiding beneath the full-body disguise.

While it's unlikely it will win any awards for its styling, we believe the road-going Dallara is still going to be attractive if this digital design exercise is any indication. The vehicle’s main purpose won’t be to look pretty as we’re certain the aerodynamic factor has played a significantly more important role during the development phase. The massive wing at the back is a prime example of the form follows function principle applied by Dallara onto what reports are indicating will be a limited edition of just 600 units.

According to a recent report coming from Autocar, only 10 cars are going to be made each month, so production will be wrapped up in five years. Assembly will take place at a newly developed factory likely from 2018, which would mean the last cars are going to be built in 2023. Interestingly, the report also mentions Dallara has plans to sell the model in three different body styles: a closed version like the one featured here, an open model with windows, and a back-to-basics barchetta.

At the heart of the track-focused machine will be a mid-mounted 2.4-liter Duratec engine sourced from Ford and adapted for the new application to produce as much as 400 horsepower. Like one would expect from a pure driver’s car, Dallara will supposedly sell the car exclusively with a manual transmission. Horray.

To keep the weight low, the backbone of the model will be represented by a carbon fiber monocoque created specifically for the company’s new street car. One source cited by Autocar mentions the car in question is going to represent a “cross between a Lotus Elise and KTM [X-Bow], but with up to double the power.”

We can hardly wait for the wraps to finally come off and apparently that will happen on November 16 on the occasion of Gian Paolo Dallara’s 81st birthday. Only six months to go...