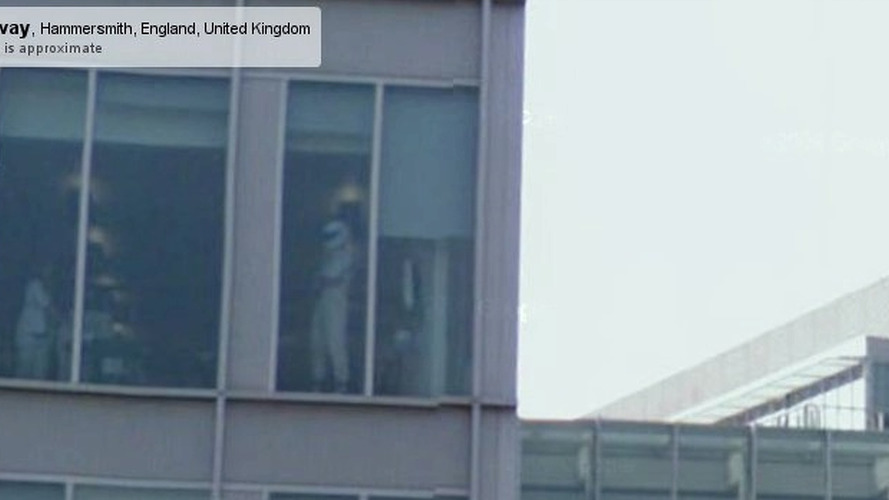 Top Gear staffers were bored and looking at their offices on Google Street View when they discovered a surprise: the cameras had caught The Stig in full regalia!

What do you get when you combine the two? The Stig caught by a Street View camera, of course. Top Gear staffers discovered this very thing, when surfing Street View's database on a whim. The TG guys found their offices, and the Street View's cameras caught the Stig in what appears to be an office meeting.

There's no telling how old the picture is, or even if it's just another elaborate prank being pulled by the Top Gear crew. Whether this is Ben Collins, the recently unmasked White Stig, or his replacement is up to you to speculate.