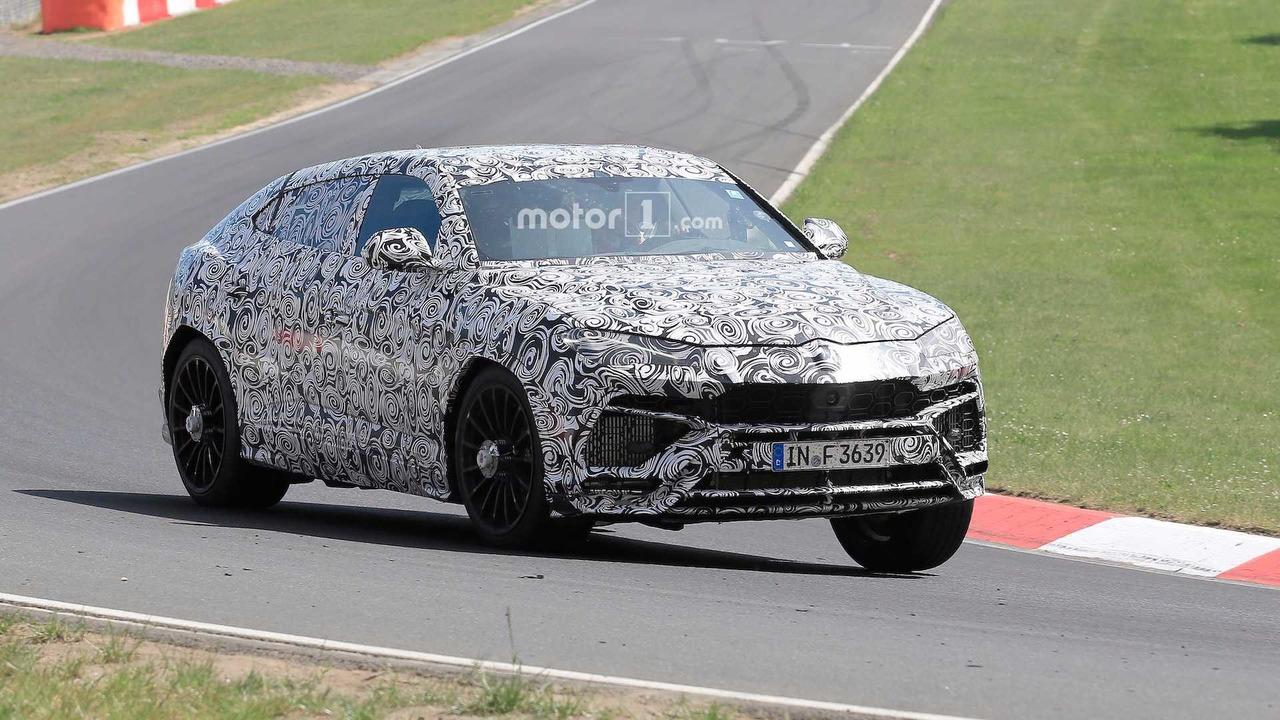 Could the Urus be the quickest SUV around the ‘Ring?

The Lamborghini Urus super-SUV can't come soon enough. Already we know that it will come standard with a 650-horsepower (484-kilowatt) biturbo V8 under the hood, and thanks to a few renderings and early spy photos, we have a general idea of how it will look. But the biggest question is: how will it perform on the track?

Our spy photographers recently caught up with Lambo’s new SUV on the Nurburgring, putting that 650-hp (484-kW) biturbo V8 (we think) through its paces. Even with all that power under the hood, Lamborghini has already made clear that it doesn’t care about lap records when it comes to this new SUV, meaning the Porsche Cayenne Turbo S’ record is safe… for now.

The body, edgy as it may be, is still covered from headlight to tailgate in camouflage. Overall the lines are reminiscent of the original concept, if not a bit subdued in line with its siblings like the Huracan. The Urus will ride on the same underpinnings as the Audi Q7 and Bentley Bentayga. Porsche’s next Cayenne and VW’s new Touareg will also use the same hardware.

Full performance details on the upcoming Urus are still well under wraps. We do know that alongside the standard biturbo V8, the Urus will eventually come with a plug-in hybrid option, similar to the Bentayga. The two powertrains will be a first for the supercar maker, and could even spawn a pure electric version. Head of Asia Pacific region for Lamborghini, Andrea Baldi, says that the Urus will make its debut in December. Production is scheduled to begin early in 2018.