Audi A4 allroad quattro in Depth 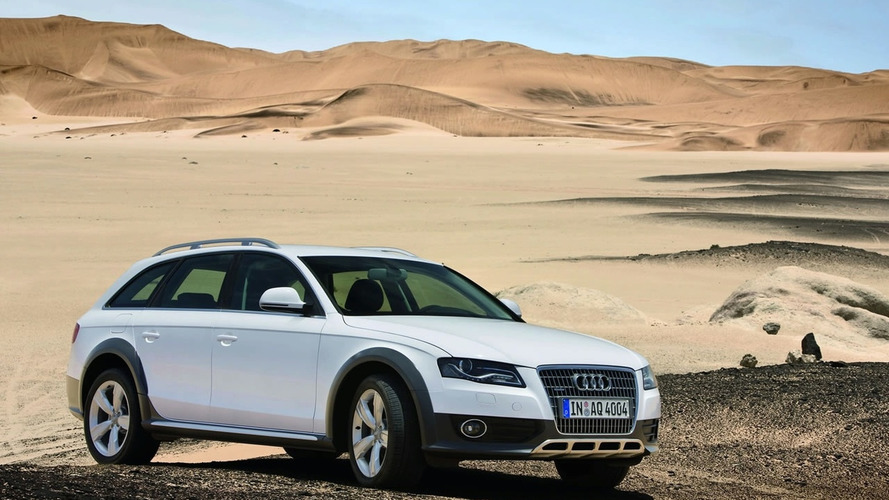 Audi has released full details on the A4 allroad quattro, which is scheduled to go on sale later in the year, in early summer.

The A4 allroad quattro comes with 3 different engine variants, two diesels and a 2.0 liter, turbocharged gasoline/petrol version. The entry-level diesel is a 2.0 liter TDI with 170 hp and 350 Nm of torque coupled with a 6-speed manual transmission. The 2.0 TDI is a light drinker, with a consumption rating of only 6.4 liters/100 km, that also provides plenty of power to drive the quattro system of this all-roader.

If that isn't enough, customers can opt for the 3.0 liter TDI which rates 240 hp and 550 Nm of torque. It comes (optional) with Audi's S tronic dual-clutch transmission, which is also offered on the only gasoline engine available on the A4 allroad quattro as of its launch.

That would be the 2.0 liter TFSI with 211 hp and a torque rating of 350 Nm that impressively equals that of the 2.0 liter TDI diesel. This engine also comes with stop-start and and an energy-recovery system, as does the 2.0 TDI, which helps keep the mileage ratings respectably green on the two smaller powerplants.

The A4 allroad quattro is slightly huskier than the standard A4, measuring 4.72 meters in length, 1.84 in width, with a height of 1.5 meters and an elevated ground-clearance of 180mm. Room is aplenty on the inside, with trunk volume at 490 liters and a rear cabin volume of 1,430 liters with the back seats down.