A South Carolina company called All JDM Motors has drawn the attention of Customs and Border Protection after allegedly trying to smuggle a 1996 Nissan Skyline into the United States. The firm claimed the coupe was a "used breakdown car" worth $810 on shipping documents, according to The Post and Courier, but agents were able to start the car up easily after hooking up a battery. 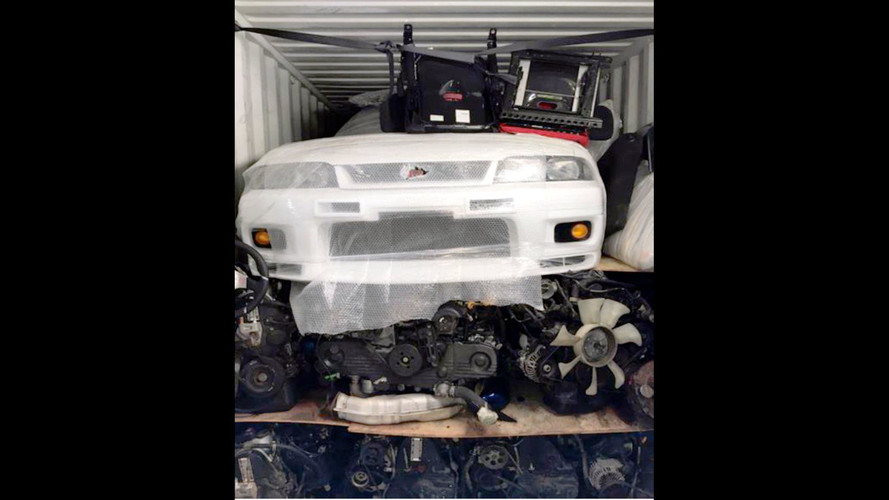 "JDM is under investigation for falsely classifying their merchandise, undervaluing their merchandise and smuggling goods into the United States," according to court documents cited by The Post and Courier. The Feds claimed the imported Skyline was worth $51,355.39 and estimated that All JDM Motors undervalued the goods in the shipping container by over $107,000.

CBP agents discovered the Skyline during a random inspection of All JDM Motors’ shipping container. Photos show the Nissan covered in bubble wrap and stacked on top of a bunch of engines. Another image appears to show a complete Nissan 180SX front end, including the steering wheel. All JDM Motors’ allegedly didn't declare this second Nissan and 56 used transmissions on customs forms.

All JDM Motors specializes in importing performance parts from Japan. The company’s Web page and Facebook indicate that engines are the firm’s specialty. A December 22 post on Facebook also advertises, “We just received a container full of Skyline Goods! Rb26's, Suspension, Subframes, Nose Cuts, Wheels. You name it!”

There’s nothing inherently illegal about bringing a Skyline into the U.S., assuming all the customs and tax forms are correct. However, laws in the country make it all-but-impossible to register for regular road use an imported vehicle that’s younger than 25 years old. As of this writing, the rules mean that models newer than 1992 aren’t drivable in the U.S., but there are still lots of fun options to pick from.