Check Out These 101 BMW Paintings Made With Coffee 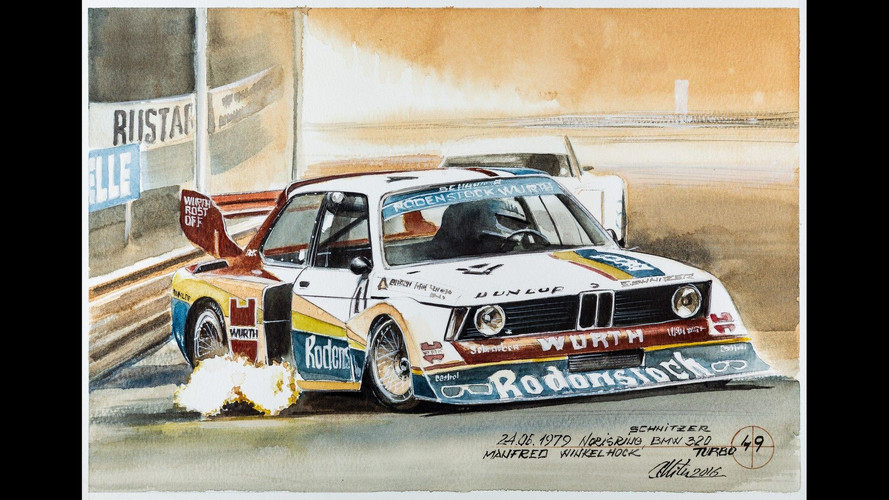 Who said coffee is just for giving you a boost in the morning?

It turns out the connection between BMW and art extends beyond those special liveries applied onto its race cars as Romanian artist Adrian Mitu has found a unique way to illustrate the brand’s century-long history. Created over the course of just 30 days, these 101 paintings are predominately made from coffee as the artist believes the popular beverage is a symbol of energy and as such it matches perfectly with the BMW Motorsport theme.

To contrast the coffee’s warm shades, the talented artist behind this sizeable artwork used watercolors in cooler undertones as a way to accentuate some parts of the painting and capture the attention of the viewer even further. The end result is quite captivating and you don’t even have to be a fan of the Bavarian marque to appreciate the talent and skill that went into creating these sketches rich in caffeine during what were sessions of live painting.

The ambitious project is more than just about the cars as it also celebrates legendary races and important wins for BMW Motorsport throughout its prolific history. Special moments brought back to life using coffee include famous races such as the 1939 Le Mans, the 1940 Mille Miglia, as well as legendary Hans-Joachim Stuck at the Nürburgring through the 1970s with the CSL and the M1.

Adrian Mitu’s 101 paintings will all be shipped to United States to be displayed beginning with May 23 during an event called “Heroes of Bavaria: 75 Years of BMW Motorsport” organized by BMW Car Club of America Foundation. The exhibition will be available to the public throughout the summer and people will also have the opportunity to check out the BMW Performance Center as well as the factory in Spartanburg, California. In addition, there will also be a great number of cars on display, including a 1937 BMW 328, 3.0 CSL Group 5, and more recent models such as the E46 M3 GT, Z4 GT, and the BMW-powered Williams FW-22 from the 2000 F1 season.