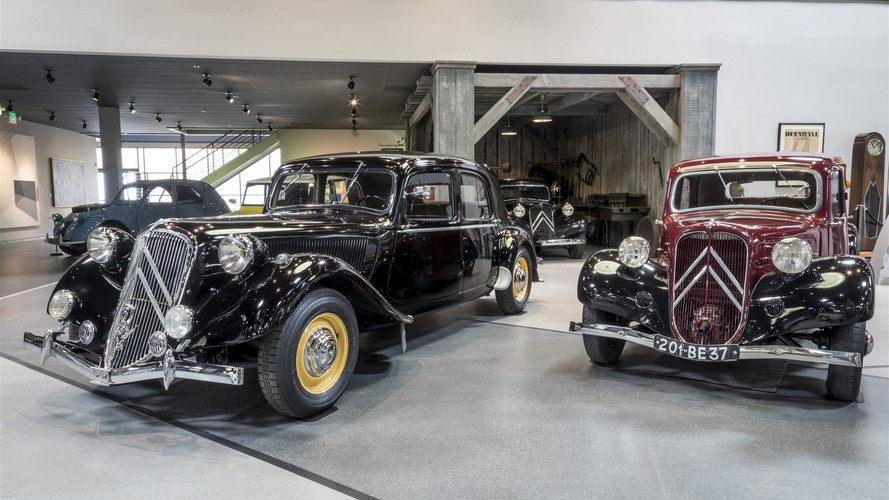 Enjoy more than 450 photos with classic and modern Citroen models.

At this point, it’s not clear which PSA brand will be launched first in America and whether it will be followed by another. So far, it was made clear the first step from PSA’s U.S. invasion will be the launch of car-sharing services.

But before that, the French manufacturer is preparing its American audience with the biggest Citroen exhibit in the United States, ever. “Citroen: The Man, The Marque, The Mystique” is currently on display at the Mullin Automotive Museum and will run through the spring of 2018. We have prepared a really extensive gallery with more than 450 photos, so you can take a virtual walk through the exhibition.

“Citroën is a marque that has always appealed to me on some level,” Peter Mullin, founder and CEO of the Mullin Automotive Museum, commented. “The way in which the company set about designing its often odd but always stunning vehicles, packing them with wildly innovative technologies, is fascinating to me.” And, honestly, that’s why we love Citroen, too – funky, sometimes eve weird, design, combined with intelligent and innovative technologies.

Semi-private tours of the exhibition are available on Tuesdays and Thursdays, and public days on the second and fourth Saturdays of the month. Tickets are encouraged to be purchased in advance through the Mullin Museum’s website and, meanwhile, feel free to browse through our gallery and discover what’s on display.