SEAT Arona Spied Hiding What We Have Seen Already 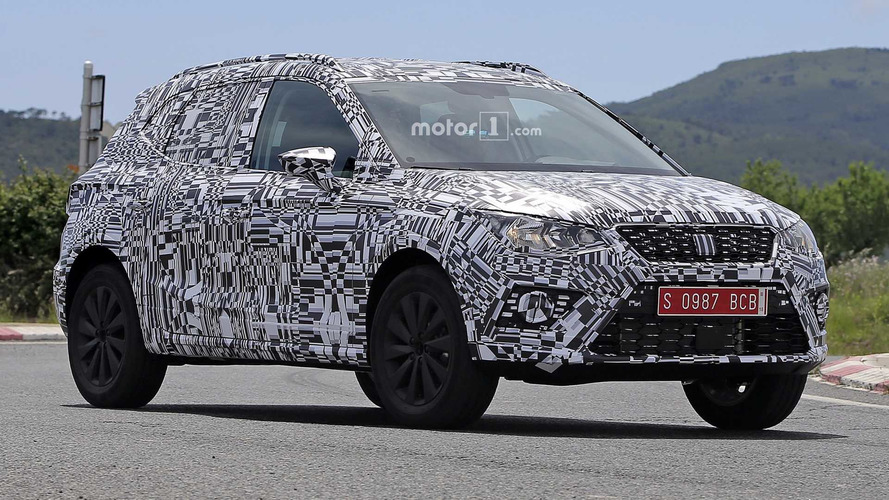 The crossover-ized Ibiza had halogen headlights instead of the full-LED setup seen in the leaked images.

SEAT was quite late to the crossover party when the Skoda-built Ateca was introduced a little over a year ago, but the Spanish brand is eager to make up for lost time with two new models. The first one to see the light of production day will be the Arona spotted here disguised as a near-production prototype carrying halogen headlights and masking a design heavily derived from the new Ibiza.

While the styling is no doubt predictable, those fully revealing leaked images have shown the subcompact crossover will be quite the looker thanks to the sharp lines inherited from the supermini. Taking into account the segment is still booming, the Arona could prove to be a strong seller for the SEAT brand, which has been one of the Volkswagen Group’s weakest links for many years and is now showing signs of resurgence.

The oily bits are pretty much known already as the Arona will get the same engines and gearboxes as the Ibiza, so look for a turbocharged three-cylinder 1.0-liter and the new 1.5-liter TSI Evo while on the diesel side there’s going to be the familiar 1.6-liter TDI. It remains to be seen whether the little crossover will get the 4Drive setup or if the Arona will be stuck with a front-wheel-drive setup. Being based on the flexible MQB platform, it could very well go AWD.

SEAT will have the Arona on sale before the end of the year and it will upsize its high-riding offerings to a midsize model in 2018 when the brand’s equivalent of the Skoda Kodiaq is going to be introduced. Already teased, the new model in question will allegedly be called “Alora” and will allow the automaker based in Martorell to further capitalize on the growing demand for SUVs.