Rare Jaguar E-Type Lightweight Could Go For Millions At Auction 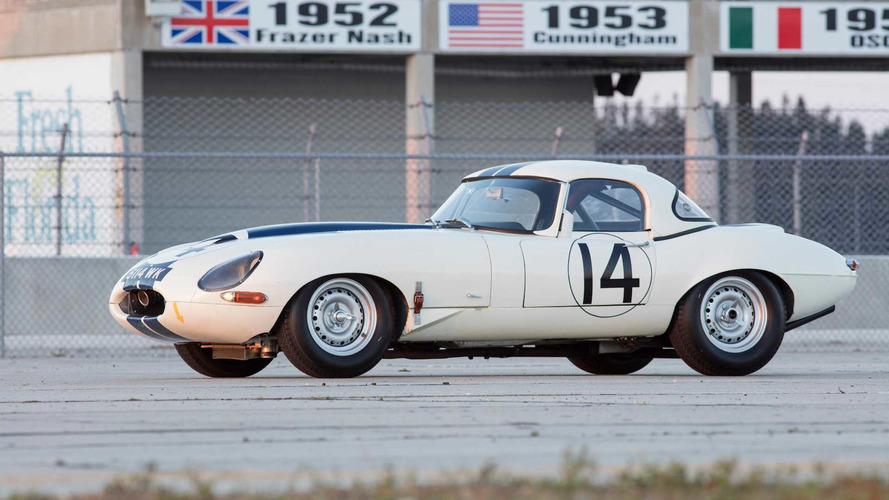 The previous car to be auctioned fetched an impressive $7.3 million.

One of the most beautiful cars ever made, the iconic Jaguar E-Type is nowadays a rarity in its own right, but this Lightweight version is even more exclusive once you take into account only 12 were ever produced. Raced by Team Cunningham at the 24 hours of Le Mans and also at the Bridgehampton 500, this “highly original” chassis number S850664 from 1963 also took part in the Road America 500.

The ex-Team Cunningham #14 Jaguar E-Type aka “Ferrari 250 GTO killer” is set to hit the auction block on August 18 during the Bonhams Quail Lodge Auction organized in Carmel, California as part of the annual The Quail: A Motorsports Gathering festivities.

The auction house has not released any details about an estimation regarding how much the rare collector model is expected to fetch, but we’re certainly dealing with a multi-million-dollar car. Bonhams sold back in January during the Scottsdale event another 1963 Jaguar E-Type Lightweight coupe for no less than $7,370,000, thus making it the most expensive E-Type auctioned ever. Even so, the final bidding price was still actually below the $7.5M to $8.5M estimation made by Bonhams.

Back in the day, Jaguar had plans for a total production run of 18 cars, but only a dozen were eventually made. To make things right, the remaining six units are now part of a continuation series and each car was sold a couple of years ago for approximately $1.5 million. There were 30 people lined up to get the reborn E-Type Lightweight, but only six of them were given the privilege to claim one.

Now, the others have a new opportunity to get the fabled car, although this time around it’s likely going to be substantially more expensive given its heritage. Even so, we won’t be too surprised if this ex-Team Cunningham E-Type will take down the record established only a few months ago.