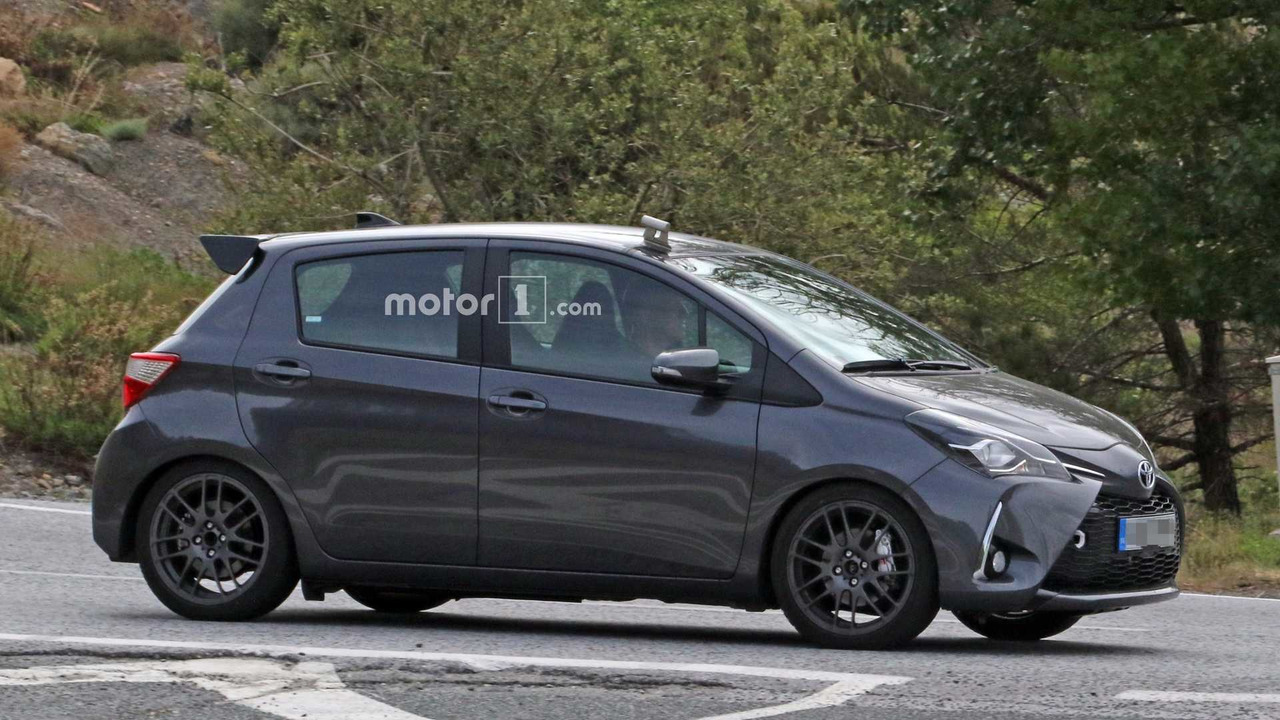 Looks like the supercharged hatch is about to get more practical.

It appears Toyota has had a change of heart as the Yaris GRMN unveiled at the 2017 Geneva Motor Show with the promise to be “offered exclusively in three-door form” will likely be joined by a five-door companion. At least this is what the adjacent spy shots taken in southern Europe are indicating. The decision would make a lot of sense considering main rivals Ford Fiesta ST and Volkswagen Polo GTI are available in both three- and five-door flavors while the Renault Clio RS can actually be had strictly as a five-door model.

Another modification we are able to notice is at the back where the near-production prototype had the exhaust tip on the right side whereas the three-door hot Yaris comes with a trapezoidal finisher mounted in the center of the bumper. That being said, chances are the new version will have a similar setup since it would be an odd way to differentiate the two body styles. Not only that, but you can actually see the cutout for the exhaust tip on this test vehicle.

Lurking underneath the hood will be the same supercharged 1.8-liter gasoline engine developing more than 205 horsepower to the front wheels via a six-speed manual transmission. Toyota has made the promise the Yaris GRMN will be the quickest model in its class in terms of the 0-62 mph (0-100 kph) sprint as well as the 50-75 mph (80-120 kph) run in fourth gear.

Sales in Europe of the three-door Yaris GRMN will begin early 2018 and most likely the five-door model will follow shortly if not right away. The two will share a pair of 17-inch BBS wheels, a roof-mounted spoiler part of a beefier body kit, as well as a GT86-sourced leather steering wheel and bespoke front sports seats aiming to deliver “best-in-class body holding and support.”

If the five-door model is indeed coming, we might see it in full production glory at the Frankfurt Motor Show in September.