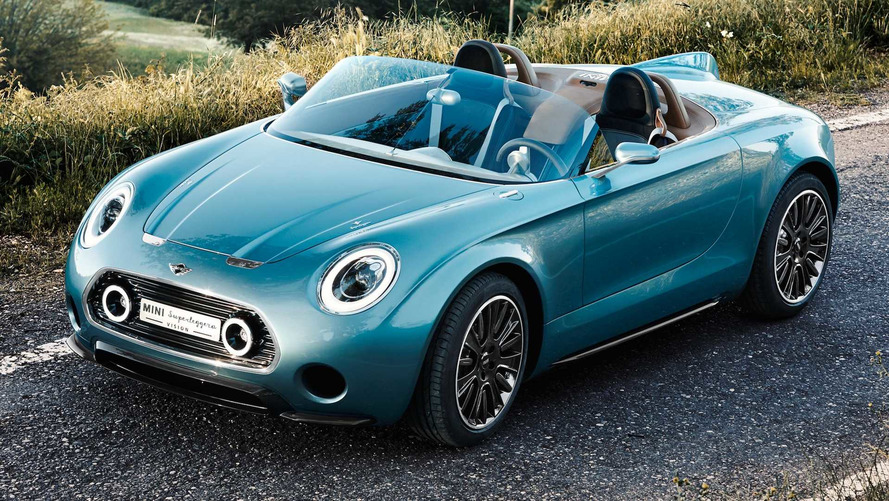 It would be difficult for Mini to make money with these two models.

Models such as the Mini Coupe, Roadster, and Paceman never really took off in terms of sales and were ultimately axed without receiving direct replacements. That’s why the BMW-owned marque is now being extra careful with its products as it doesn’t want to go through those problems all over again. In an interview with Top Gear magazine, a company representative said the brand’s next-generation lineup will not see the introduction of new members, except for the already confirmed electric vehicle pinned for a 2019 launch.

In other words, a production version of the rather stunning Superleggera concept is not on the agenda, nor is a road-going Rocketman to serve as a new entry-level model. Mini has concerns there wouldn’t be enough to demand for any of the two to justify the efforts of getting them ready for the assembly line.

One insider told TG a small sports car in the same vein as the Superleggera from 2014 would not bring in the necessary profits because the margins would be too small. After all, let’s keep in mind that parent company BMW has teamed up with Toyota to share development costs to keep the Z4 roadster alive without having to do all the work for a car that certainly won’t be a top seller.

Gallery: MINI Rocketman production model back on the agenda as entry-level model

As for the Rocketman originally unveiled as a concept back in 2012, Mini believes anything smaller than the existing three-door hatchback would turn out to be a niche model without a lot of potential, even if transformed into a two seater.

Out of the two, we’re sadder to see the gorgeous Superleggera won’t have a production equivalent, at least not in the foreseeable future. But as they say, business is business and automakers are in it to make money and the roadster is not seen as a profitable addition to Mini’s range for the time being.