Rolls sends off its big convertible with a special one-off model.

The current generation for the Rolls-Royce Phantom Drophead Coupé is officially over, and the opulent brand celebrates the end by sending the one-off "Last of Last” edition to a high-end dealer in Saudi Arabia. This big beauty is currently waiting to find a buyer there.

As the sendoff for its big convertible, Rolls-Royce loads up this Phantom Drophead Coupé with special equipment. For example, there’s a crystal Spirit of Ecstasy perched on the nose, and she features lighting from underneath for highlighting her curves. The hood, grille, and windshield are unpainted, which makes the brushed aluminum shine. The body’s white paint appears to be a shade of ivory with a slightly opalescent finish, and the lower portion of the exterior is turquoise. 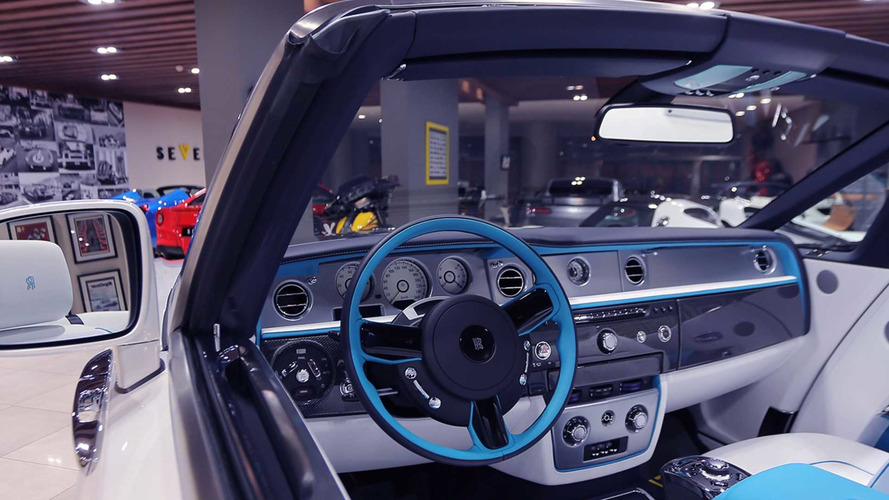 Rolls-Royce uses the same color scheme for the interior. The seating is white with turquoise highlights. The blue shade also upholsters the center tunnel, steering wheel, and some of the interior trim. The carbon fiber on the lower portion of the dashboard looks attractive but is probably more for style than for a weight reduction.

The dealer in Saudi Arabia is looking to get over 450,000 euros ($494,000 at current exchange rates) for the final Phantom Drophead Coupé. Rolls-Royce debuted the last example of the standard Phantom in January.

Rolls is winding down production of the existing Phantom because a replacement is under development, and the new model should be ready by the end of the year. Spy shots reveal that the styling of the new sedan looks very similar to the current vehicle. There’s a major overhaul underneath, though. The opulent four-door moves to BMW’s CLAR platform, which should significantly remove weight.

16 Photos
By: Khalil Bouguerra
Translated by: Chris Bruce
++
++
Got a tip for us? Email: tips@motor1.com