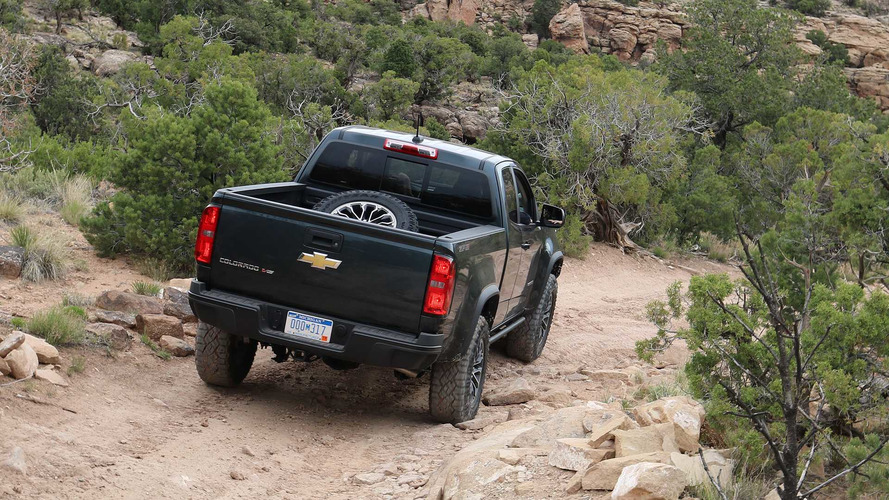 Quite the price to pay for a mid-size pickup – is it worth it?

The Chevy Colorado ZR2 is the most extreme pickup GM has built – you could argue – since the Chevrolet S10 Xtreme. We should know, we’ve driven it. The same 3.6-liter V6 or 2.8-liter Duramax diesel engines you’d find on the base model are offered under the hood, but this time they come paired to a hardcore off-road package that dials the aggression up to 11.

But with all this newfound aggression comes an equally impressive price tag to match. The Colorado ZR2 starts at $42,620, surpassing the most expensive base Colorado by a few thousand dollars – and that’s before a hefty list of options. You can play with the new configurator and see them for yourself.

With every box ticked, including the Duramax diesel engine option, the Chevy Colorado ZR2 will set you back $52,645. The first option is a Cajun Red Tintcoat exterior, which costs $495. Don’t worry, there are seven other standard colors to choose from: Black, Deepwood Green Metallic, Graphite Metallic, Laser Blue Metallic, Red Hot, Silver Ice Metallic, and Summit White.

Apart from one pricey exterior finish, the ZR2 comes with add-ons like a Gearon divider package, a $470 option, a premium interior package that includes all-weather floor liners and illuminated footwells for $750, as well as an optional off-road sport bar and off-road lights, which will set you back over $1,000 each.

Opt for the gas-powered ZR2, and the most expensive model can be had for $50,370. That’s $2,275 cheaper than the diesel-powered model, and with it you get all of the same exterior and interior options, as well as an engine that produces 308 horsepower (229 kilowatts) and 275 pound-feet (372 Newton-meters) of torque.

If that all sounds a bit pricey – it is. For comparison’s sake, you could get a base Ford F-150 Raptor (not including insane dealer markups) for $3,380 cheaper than the most expensive Colorado. Still, don’t sleep on the ZR2, it's an impressive little machine.