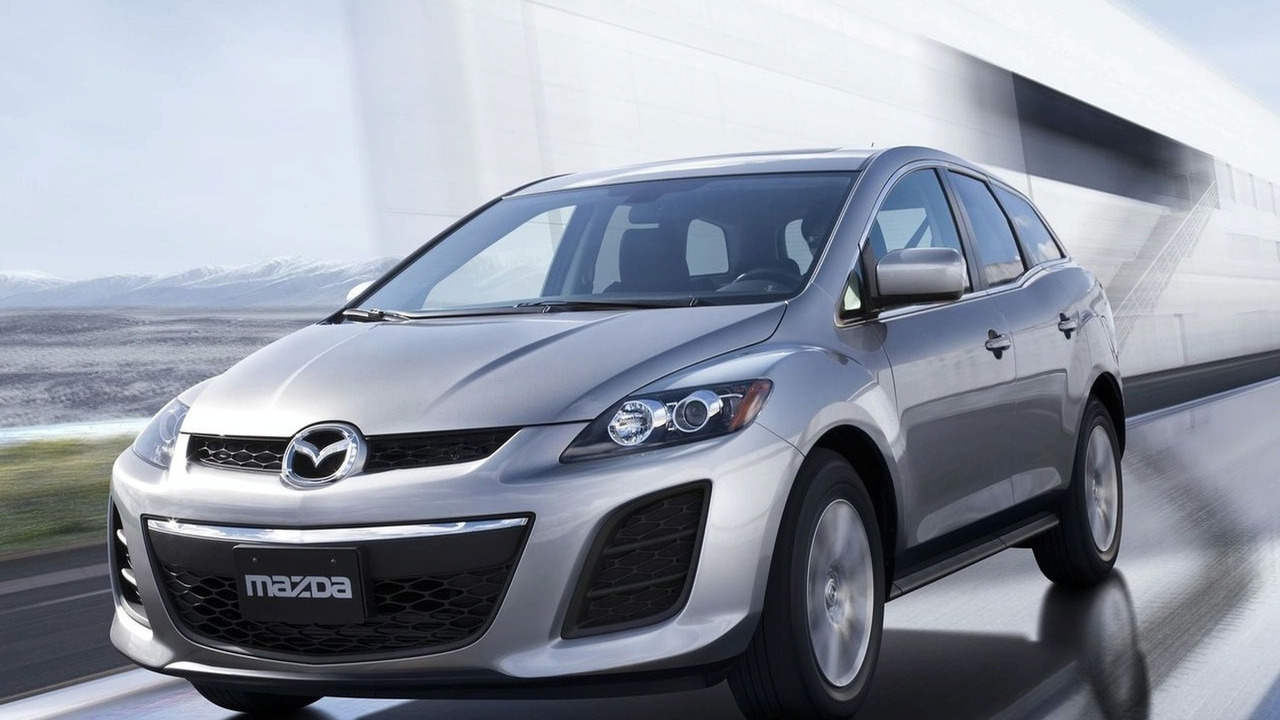 Mazda will have three new vehicles on display at the New York Auto Show: the 2010 CX-7 and CX-9 crossovers, and the 2010 MAZDASPEED3.

Mazda will be busy at next month's New York Auto Show, and there will be exciting news for its enthusiast and commuter consumers alike. For the families with sporting hearts, updated versions of the CX-7 and CX-9 crossovers are scheduled to debut. And for folks like North American readers of Worldcarfans, the good news is the debut of the MAZDASPEED3 five-door.

We knew it was coming, after the introduction of the Mazda3 MPS at Geneva last month. The 2010 MAZDASPEED3 will feature a 2.3-liter direct-injection turbocharged engine under the hood and styling influenced by the "Nagare" series of concept vehicles. The MAZDASPEED3 has long been something of a popular sleeper, and the more expressive, less subtle looks should increase its fan base. On-sale date and pricing will likely be announced at the show; expect the MAZDASPEED3 to join the four- and five-door 2010 Mazda3s in the lineup later this year.

Mazda's crossovers are no slouches on the driving front either, and both are receiving significant upgrades for 2010. The large, three-row CX-9 receives interior and exterior styling changes, while the smaller CX-7 is restyled and offers a new engine option. The naturally-aspirated 2.5 liter 16-valve four-cylinder engine is available with a five-speed automatic transmission, and may help to improve the CX-7's fuel economy. The updated CX-7 was debuted at the Canadian International Auto Show, and this is its first U.S. appearance. We'll have specifics from the show floor when press days open.