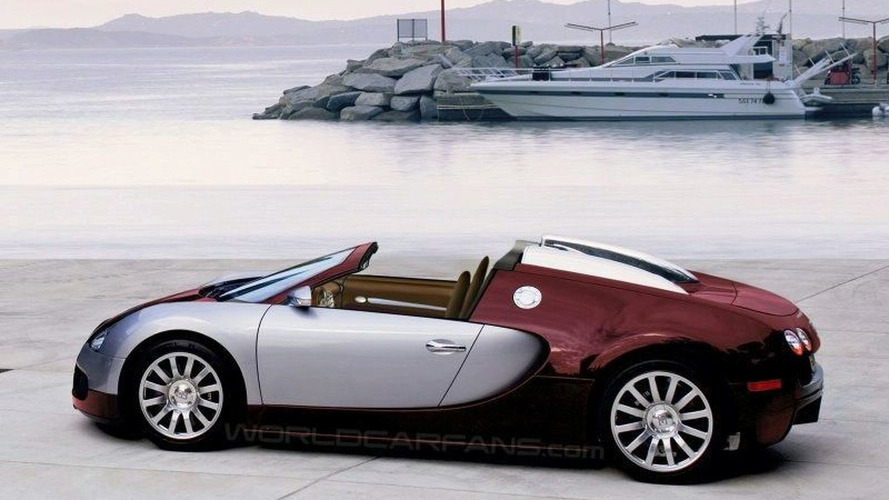 How many Veyrons will go topless is unknown, but 80 would be the maximum.

Today a small tidbit of news came through the proverbial grapevines that a Volkswagen source has confirmed to Automotive News that Bugatti is indeed working on a Veyron Targa. Bugatti spokes person Georges Keller confirmed that his company is working on a 'convertible'.

Bugatti is forced to make it a targa (detachable roof) rather than a convertible (folding roof) because there is no storage space for the roof in the car. The Veyron Spider will have an emergency cloth cover to protect the interior just in case. A former Bugatti executive said, “because there was no other solution which could fit with its safety cage."

Rumours about a Bugatti Veyron targa have been circulating ever since the 1.3 million Euro Veyron was unveiled. Bugatti has repeatedly stated that they will not build more than 300 Veyrons, of which 220 have been spoken for already. How many Veyrons will go topless is unknown, but 80 would be the maximum.