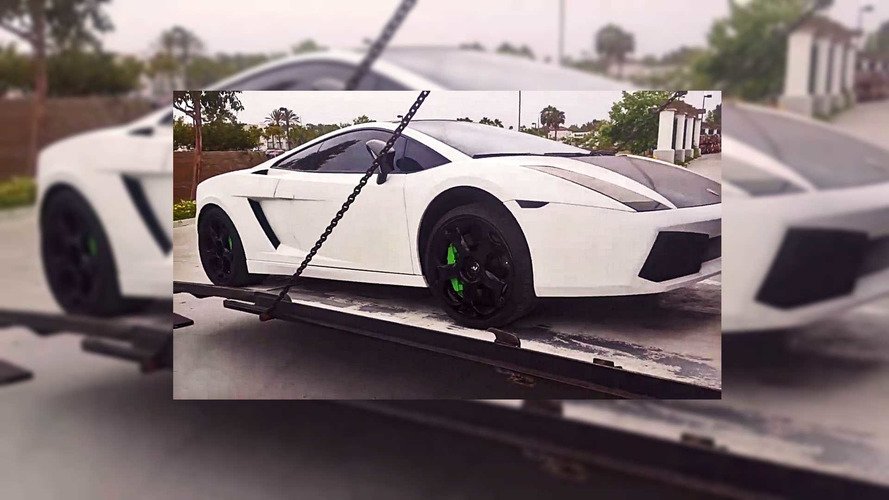 The 2006 Lamborghini's prior ownership allegedly includes an exotic rental car store and a drug dealer.

Buying a car sight unseen is a worse decision than flooring a Mustang leaving a car show. In the car world, inspecting a vehicle prior to purchase goes beyond obvious – it’s a fundamental step in the process. We’re forced to concede that sometimes, given the right set of circumstances, going sight unseen makes sense. It’s always a gamble, and if you find a killer deal on a car across the country, the gamble just might be worth it.

Sadly, the subject of this article gambled and lost big time, to the tune of $85,000 dollars. Nick Rienzo happened upon a 2006 Lamborghini Gallardo for sale in Florida through Select Motors of Tampa, and decided to pull the trigger. Rienzo – who lives in California according to his Facebook page – claims the dealer told him the car was in terrific condition, so the deal was done sight unseen and apparently without any independent pre-purchase inspection performed on Rienzo’s behalf.

In Rienzo’s Facebook posting about the incident, the first sign of trouble came when the dealership sent him a video of the car being loaded for transport to him with bright green calipers – very different from the gold calipers the dealer presented in photos. He says he tried to cancel the deal at that point but was “hung up on multiple times.” As such, Rienzo had his camera ready when the car arrived. Aside from it being terrifically dirty, Rienzo found bald rear tires, oil leaks, broken bits, terrible maintenance, evidence of repainting, and he also believes it had been in a flood.

In the comments on his post, Reinzo says he had a clean vehicle history report showing four owners. He also says the car was apparently owned by an exotic car rental company, and buried among the 1,000 - plus comments are people saying it has also been owned by a drug dealer. We don’t know if Reinzo plans further action against the dealer at this point, but his Facebook post about the ordeal has been shared 1,700 times so lots of people are now in the know.

When you gamble, sometimes you lose. What we don’t understand here, however, is why this purchase was made in the first place. $85,000 for a 2006 Lamborghini Gallardo isn’t a terrific deal – these cars can range from the $70,000 range to upwards of $100,000 in great condition. Why go for this particular car that’s across the country? More importantly, if you have $85,000 to spend on a Lamborghini, why not at least spend a couple hundred bucks to have a local mechanic check it out?

The moral of the story here folks is simple – if you have money and want to buy sight unseen, find someone who's not the seller to look at it for you.