This Is Why Semi Trucks Need Side Underride Guards 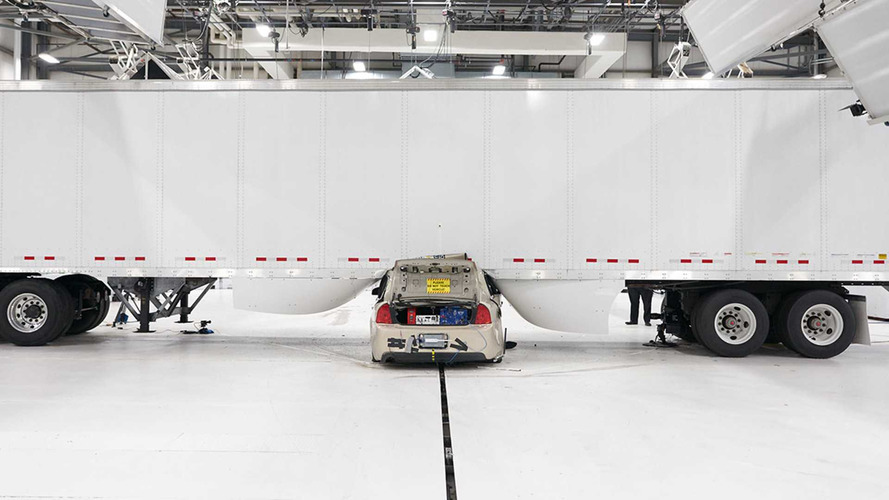 Driving under trucks is all fun and games until someone gets decapitated.

We spend a lot of time at Motor1 talking about cars, but we need to take a moment and give a shout out to the semi-truck drivers in North America. You’ve all heard the phrase if you have it, a truck brought it to you. It’s estimated that trucks deliver upwards of 70 percent of all freight in the United States, handled by 15.5 million trucks that log upwards of 433 billion miles each year. And unlike licensing requirements for cars, it takes no small amount of training and study to operate a rig. It’s not an easy job, and that’s before you factor in the kamikaze car drivers who apparently don’t understand basic physics.

That’s why the Insurance Institute for Highway Safety says underride guards on semi trailers are a good idea. Aside from preventing daredevil fast and furious wannabees from driving under trailers, the guards offer significant protection from side impacts, which according to the IIHS claimed the lives of 301 people in 2015.

Another IIHS study conducted in 2012 showed that side guards had the potential to reduce injury risk in 75 percent of automobile crashes into the sides of large trucks, including large box trucks not towing a trailer. For tractor-trailers alone, the percentage goes up to 90 percent. When you look at the crash test photos, it’s pretty obvious to see why such guards are effective. We believe the word you’re looking for here is decapitation.

Federal laws require underride guards on the rear of large trucks and trailers, but not on the side. Boston, New York, and Seattle require side guards on all city-owned or contracted trucks, but beyond that, such protection is left to the discretion of the trucking company or truck owner. In an ideal world, people would put down the phone and stop driving into the sides of trucks. Since that’s unlikely to happen anytime soon, expect to see more side guards on rigs. Seems perfectly sensible to us.