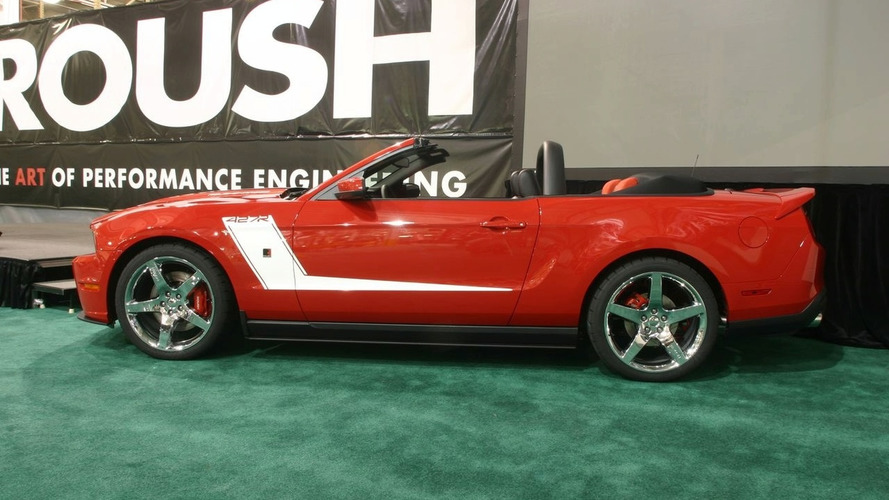 Tuner outfit Roush have debuted their new 2010 Roush 427R Mustang. With 435 hp and 400 ft-lb of torque, the car gets the benefit of the company's customized supercharger.

The new Roush 2010 427R Mustang has just been introduced to the public. Roush's fifth version of the car gets 435 hp and 400 ft-lb of torque, thanks in part to the company's custom built supercharger.

Included with the performance upgrades is a bodykit that gives some significant changes to the car's look. The one-piece rear fascia gives the Mustang an overall cleaner look, while being treated to reduce the affects of rocks striking the paint. Over the trunk is a three-piece wing, also custom made. The front fascia and splitter are new, and look very good with the 18-inch cast chrome wheels. The company has chosen Cooper Zeon tires, with the option to upgrade to a set of 20-inchers.

Although most components in the 4.6-liter engine are the same parts from the '05-'09 Roush Mustang, there are plenty of performance improvements on the 427R. An all-new suspension is meant to be both comfortable and performance-ready. The single core cross-flow radiator does a better job of cooling than previous versions, utilizing an intercooler reservoir that is twice the size of other models. These parts also sit higher above the street than in earlier editions, cutting down the possibility of damage due to debris. Roush touts the removal of the "long air induction tube that wrapped around the engine," showing off a better appearance under the hood. This matches up with the higher-quality hoses, meant to keep an OEM look.

Upgrading a stock Mustang to the Roush 2010 427R Mustang will set you back over $14,000, not including delivery. The company offers plenty of optional equipment as well, which you can read about in the press release below.