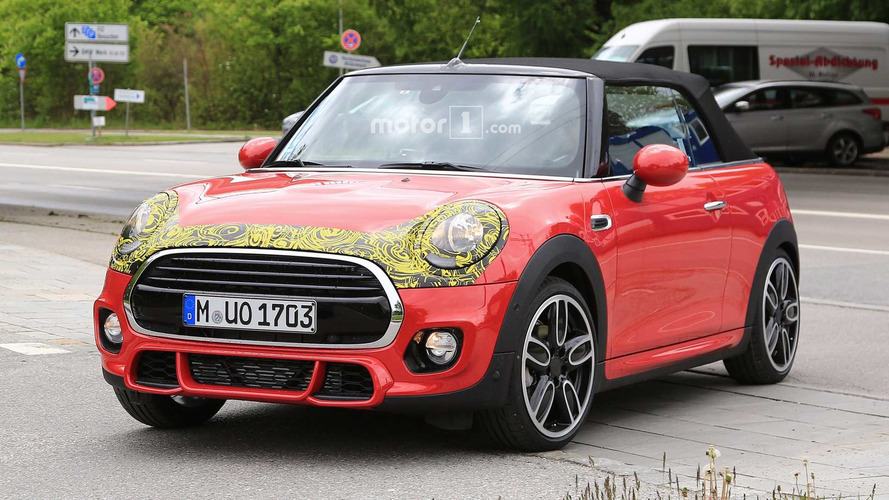 There's not a lot of wiggle room when it comes to updating Minis, hence why the revisions will be subtle.

After catching a glimpse of the lightly updated Mini hardtop a month ago, now time has come to check out its droptop counterpart. Once again, the changes will be very discreet judging by the amount of swirly camouflage slapped onto the body. Up front, the halogen headlights are partially covered in that black and yellow disguise also applied onto the area around the clusters and above the grille.

Bigger modifications will occur at the back where the prototype was hiding its taillights underneath stickers to mask what we assume will be fresh graphics. The same two-tone camo can also been seen on the convertible’s trunk lid and the bumper, but most likely the changes are going to be on a very subtle level.

Comparing spy shots of the hardtop model with those of the cabrio reveals Mini is camouflaging the exact same body areas, which isn’t actually very surprising since the two will go through the very same updates. It should be the same story on the outside where we are expecting an updated infotainment system and possibly new colors and trims to further boost the already extensive list of available customizations.

Some of the adjacent spy shots are also showing the hotter Cooper S in the hardtop flavor with an identical type of disguise in the same locations.

Don’t hold your breath for any important changes underneath the hood as the Minis will likely soldier on with the same engines, albeit some minor updates could be implemented. Further down the line, a hardcore John Cooper Works GP will be back, but you’ll have to patiently wait for it probably until around 2019 since it will be a run-out edition like the other two special models before it.

Meanwhile, the lightly updated hardtop and cabriolet should debut in the months to come. We might see the two in the metal at the Frankfurt Motor Show in September. 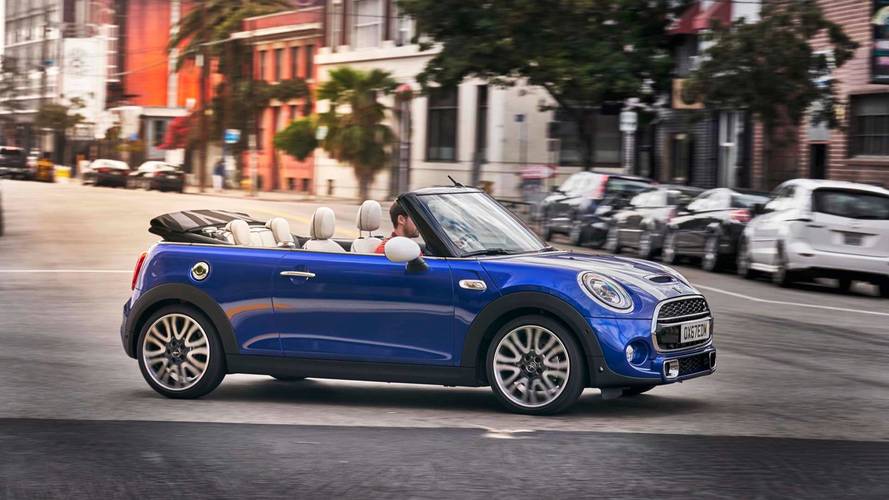