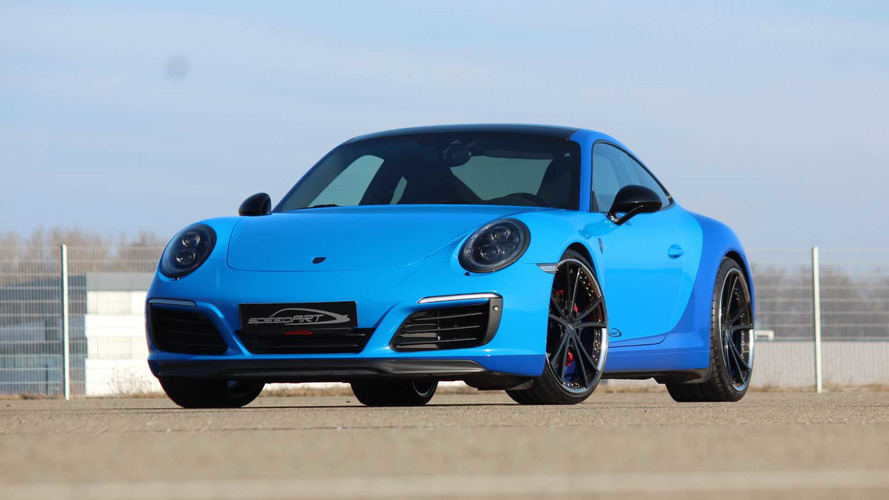 An extra 50 horsepower does the engine good.

The new Porsche 911 GTS is good for 450 horsepower (335 kilowatts), a 0 to 60 mile-per-hour (96 kilometer per hour) time of about 3.7 seconds, and a top speed of 193 mph (310 kmh), making it pretty quick, relative to the competition. But tuners SpeedArt laugh in the face of factory performance – the shop’s new 911 Carrera S build is even quicker than that.

That newfound performance is aided by a sport exhaust system with triple tailpipes and an active sound system – which you can listen to at the link. A set of 21-inch SpeedArt LSC Forged alloy wheels pair with an adjustable sport suspension, a new rear wing, and an unique "twin-blue-design" exterior wrap, which is almost reminiscent of Bugatti styling.

Inside, the 911 follows a similar unique styling approach. The red and blue plaid seats and matching dash and door-panel stitching are part of the "modern-retro-style" implemented by the shop, which gives this aftermarket 911 a feel similar to some Singer products. The rest of the cabin remains stock, though nonetheless a nice place to be.