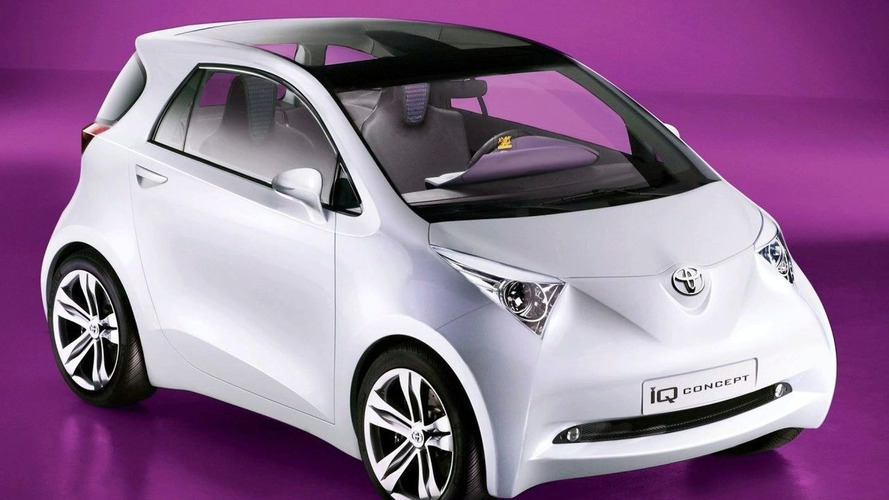 The Toyota iQ is headed for the US market branded as a Scion. The US-bound iQ will likely be fitted with a 1.3 liter, 4-cylinder engine with 99 hp rather than the 1.0 liter, 3-cylinder 67 hp motor in the Japanese and European market versions.

Toyota will be bringing its iQ super-condensed, micro-subcompact car to the US market.

Only the iQ will come branded as a Scion.

Toyota is slated to unveil the concept version of the iQ at the New York auto show next month, although the Scion press release says nothing about the concept being that particular model. Instead, they say only that a "micro-subcompact concept car" will be presented. Of course, that can only mean the iQ.

But the US-bound iQ will likely be fitted with a 1.3 liter, 4-cylinder engine recently unveiled in Geneva rather than the 1.0 liter, 3-cylinder currently powering the car as it's being launched in the Japanese and European markets. The 1.0 liter engine produces 68 hp and 91 Nm (67 lb-ft) of torque while the 1.3 liter 4-banger pumps out a respectable 99 hp. But the latter engine will actually get better mileage (59 mpg or 4 liters/100 km as opposed to 55 mpg or 4.3 liters/100 km) than the 3-cylinder, which may make one wonder whether the current iQ is an underpowered city-dweller.

We must await the car's debut in New York for more details.