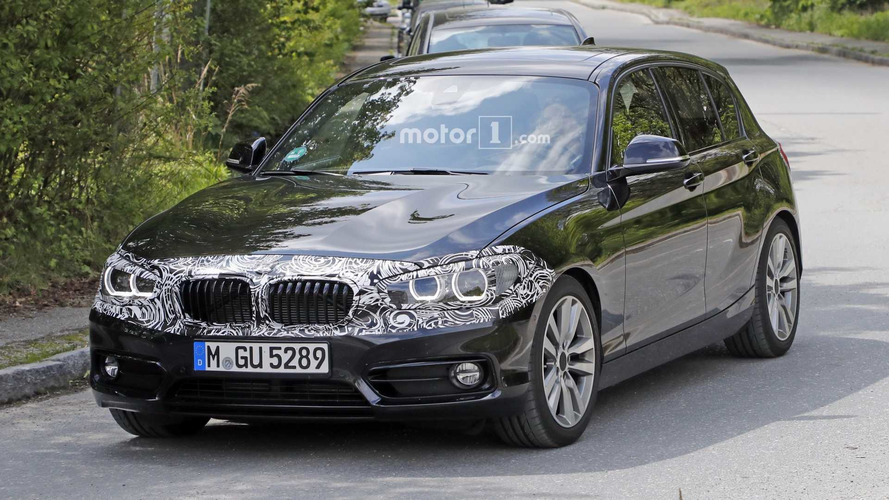 The changes will likely be borderline unnoticeable.

BMW has been spotted testing prototypes of the all-new 1 Series featuring the production bodies for a while now, but that doesn’t necessarily mean the front-wheel-drive hatchback will arrive anytime soon. Why? Because the current RWD-based model, which has been around since late 2011, is now gearing up for one last facelift as these new spy shots are showing.

Some would say it is a bit unusual to see a model getting ready for a refresh and at the same time for a new generation, but it makes sense when you think of it. The UKL-based 1 Series won’t arrive probably until early 2019, so the tail-happy model will still be around for more than a year. To keep sales at a steady pace, BMW is now prepping a nip and tuck for its smallest car.

Truth be told, the cosmetic tweaks are going to be very small judging by the amount of camouflage used on this prototype. Some subtle changes to the headlights and taillights as well as around them will be made, while the strip of swirly disguise applied onto the rear bumper suggests there’s something going on there as well.

The upper part of the dashboard was covered, but don’t hold your breath for any major changes so late in the game. It wouldn’t make a lot of sense for BMW to invest heavily in the 1 Series’ dash now, so we’re only expecting an updated iDrive and some other minor modifications.

As to when we’ll get to see the lightly revised hatchback, chances are it will be introduced in the months to come. BMW will likely have it on display at the Frankfurt Motor Show, although a market launch could occur even sooner than that.

The 1 Series in its current configuration is a dying breed — a RWD small hatchback available with a six-cylinder engine in the hot M140i specification. It’s going to be a sad day when the Bavarians will retire the F20/F21 generation even though it’s not what you would call an attractive car, especially if we’re talking about the pre-facelift model.